It’s amazing how the right role can turn an average actor into a must watch actor. In fact, Keanu Reeves entire career is a perfect example of this. Just one look at his resume reveals some truly memorable films and while no-one should expect Keanu to win an Oscar, how many can can say they have a fighting style named after him? ’Wick’-ian gun-fu is quickly becoming the stuff of legends!

With John Wick: Chapter 3 – Parabellum, Director Chad Stahelski and Keanu Reeves have returned to deliver more ’Wick’-ian gun-fu that audiences everywhere have come to love. If you haven’t seen the previous two John Wick movies fear not, story and character arc are easy enough to follow since the primary objective is to deliver memorable action sequences.

After the climatic events of John Wick: Chapter 2, John is designated “excommunicado” and a $14 million kill contract is posted. To complicate matters, he killed a member of the High Table while on the grounds of the Continental Hotel which is an understood safe zone for assassins worldwide (The High Table is an underworld organization of assassins). 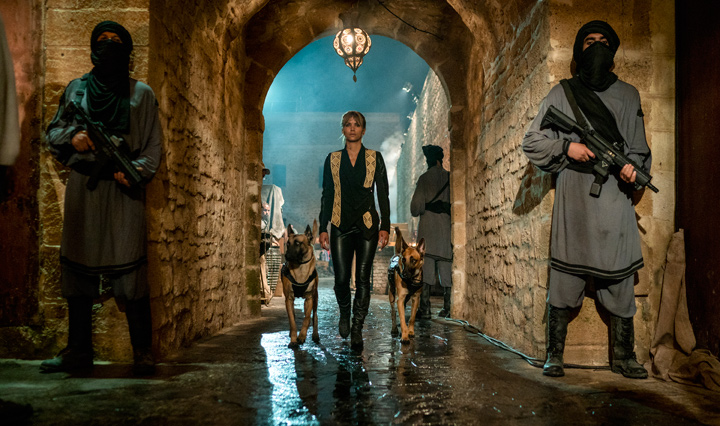 The stage is set as he must fight his way through an array of deadly hitman, Russian mobs and 21st century ninjas in order to escape New York City. With the help of an old friend Sofia (Halle Berry) and hotel manager Winston (Ian McShane), John Wick is determined to eliminate the High Table and take back his life.

What makes Parabellum work is its willingness to have fun with its gratuitous violence and exaggerated fight sequences. Normally, too much violence can be overwhelming but Chad Stahelski draws inspiration from the martial arts classics and delivers pure enjoyment. For example, one fight scene features Keanu killing a 7’7” assassin with a library book which in itself is ridiculous. That skirmish brought many laughs and for me had the flavor of a Monty Python skit. No doubt Stahelski was influenced by the classic Bruce Lee and Kareem Abdul Jabbar Game of Death fight sequence. 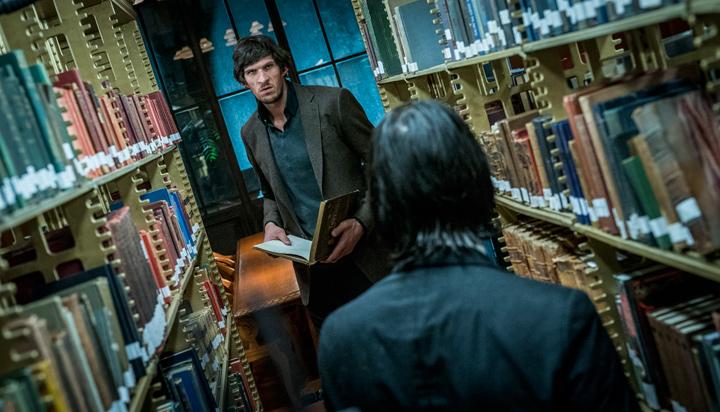 In addition to the amazing choreographed fight scenes, Parabellum is visually striking with its wonderful neon colors juxtaposed against dark undertones. The results are almost poetic and by incorporating amazing sound design with a grandiose soundtrack, the results are a visceral experience!

John Wick: Chapter 3 – Parabellum resumes the impetus set forth in the two previous films and outshines them in every way. While the action genre is filled with many generic offerings, something special is happening with this franchise. Men and women alike are connecting with this character and as such agree John Wick has become one of the must watch action franchises!

In this third installment of the adrenaline-fueled action franchise, super-assassin John Wick (Keanu Reeves) returns with a $14 million price tag on his head and an army of bounty-hunting killers on his trail. After killing a member of the shadowy international assassin’s guild, the High Table, John Wick is excommunicado, but the world’s most ruthless hit men and women await his every turn.

John Wick: Chapter 3 – Parabellum resumes the impetus set forth in the two previous films and outshines them in every way. While the action genre is filled with many generic offerings, something special is happening with this franchise. Men and women alike are connecting with this character and as such agree John Wick has become one of the must watch action franchises!