All credit due, Valerie Complex made me go down this road.

As always, it began with a few light-hearted, innocent Tweets:

Not of all time but the ones that come to mind:

Ghost in the Shell (Anime. Not that live action shit)

How does this happen? A woman whose opinions I admire and whose reviews I respect puts EVENT HORIZON on her Top 5 BEST list, when it is on my Top 5 WORST list, and should belong on everyone’s Top 5 Worst list?

Full disclosure: EVENT HORIZON started out as a very good movie. I saw it in the theater that first weekend it opened, and I truly believed I was watching a new classic, something that could proudly sit next to ALIEN in the scifi-horror subgenre.

Then that last 15 minutes happened. I wanted to punch the world. The friend I was with was just as angry. I’m pretty sure my rage in the moment may have caused the ambient temperature in the theater to rise.

That entire ending sequence was an epic fail, and in no way could be considered as being at the same level of writing and acting in the scenes and sequences that had come before it. To this day, I still don’t know what happened with that, whether it was from last minute uncredited rewrites, from studio notes from someone who’d been inhaling crank for 3 days straight yet could not be dismissed, or production needed to be wrapped in a hurry because someone needed to get out of town fast, or some other bizarre reason.

The catalyst was when she asked this:

And if I haven’t seen it, I will watch it and report back to you on what I think…

If you care to know of course.

Since a film on her “Top 5” list is on my “Worst 5” list, I felt this was a call to action, to address an overwhelming need to correct a travesty against scifi fandom, and I got to work. Well, she did ask.

So, here are my two lists of the moment, limited to science fiction for this exercise. These are not in any sequential or specific preferential order, nor should they be considered the tops on any new “of all time” lists… but they are a damned strong start. 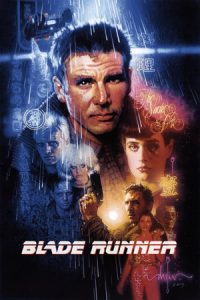 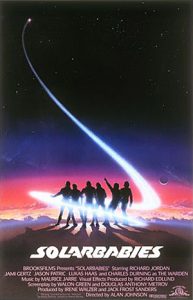 Valerie also said she would watch any of the bad ones she hadn’t already seen and weigh in with her perspective, and I am curious to read what she thinks… but, in all fairness, I would be guilty of reckless endangerment if I didn’t include a warning about Liquid Sky, because watching that movie could cause permanent brain damage, or stain your soul with a permanent darkness.

I think I was angry for a year because of seeing that movie, and it caused traumatic flashbacks when I saw an announcement last year saying that trainwreck of a movie was getting a Blu-ray release. Cult CLASSICS like The Beastmaster and Dog Soldiers can’t get a decent Blu-ray release (meaning widescreen and extras), but Liquid Sky gets one?

I will probably dive into lists for comics/superheroes, paranormal/supernatural, fantasy and horror movies, then do the same for genre television after that.

And now I’m also thinking about making a separate list for the Top 5 Best Indie Scifi movies, because there are very good indie films that cannot compete with a direct comparison to a production that might literally have 100x the budget and resources.