I’m always curious to see how people tackle stories rooted in Lovecraft’s mythos, how different adaptations and interpretations of those cosmic and undersea elements and the portrayals of the fall into madness can be. In recent years, there have been more good Lovecraftian stories told in print than in visual mediums, but with more and more focus on improved productions in independent horror films, hope reigns that a really good film or two will come along.

Unfortunately, this film is not one of them.

The intimacy of the found footage segments, the incidents recorded by civilians and by to surveillance teams seems like they are supposed to add to or deepen the mystery of why these transformations are happening and to the horror of how they are happening. Instead, they only muddle the narrative and confuse things in regards to time and location of where and when these events are taking place. The only indication of a timeline comes from the video diary entries of the main character, Dr Luiza Moreira (Nana Gouvea), a psychologist shoehorned into a team of high level scientists investigating the origins and transmission rates of the unexplained deaths that have started to become a newsworthy and unexplainable phenomenon.

But that timeline skipping ahead 4 months or more where the team dismisses every single suggestion Luiza puts forth, especially in light of the fact that the team hasn’t made any sort of progress in solving the problem, or even successfully collecting more data from more living transformed specimens is a logic bump in the story you can’t get past. 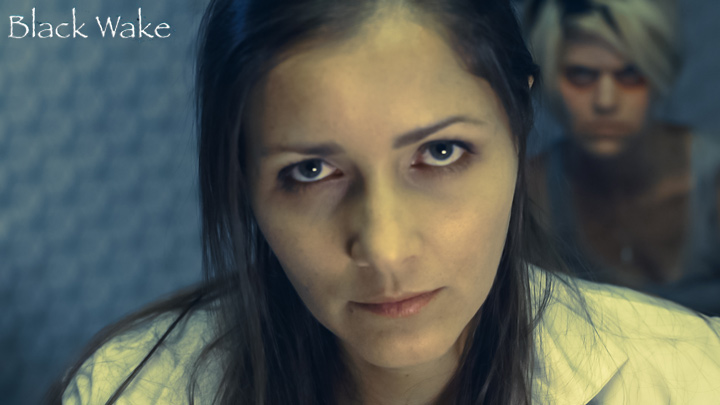 The one thing that is evident is Luiza’s progressive mental decline, and the agents secretly surveilling her entire life reporting to an unknown entity about the integrity of her personality, provide a source of curiosity about what is going on with this story. But eventually the potential in that reveal falls flat, entirely misspent when the full reveal about the true nature of Luiza’s identity and nature is presented.

On the upside, the editing is impressive, knitting together the different segments and styles of the found footage and documentary footage, and some of the special effects are blended in with the actual footage quite well. And bonus points for including gag reel footage along with the ending credits. Some amusing stuff in there… it’s almost a shame that the outtakes seem to be better than the film they were taken from.

But those creative touches are not enough to salvage any enjoyment from Black Wake. I wonder if there was another story line or more scenes that were cut from the final film, almost as if 90 minutes wasn’t enough time to fully develop what’s really going on.

Inspired by the horror fiction of H.P. Lovecraft. BLACK WAKE follows specialists who gather in a top secret facility to investigate a series of deaths on the beaches along the Atlantic Ocean. When a determined detective (Tom Sizemore) sends one of the scientists (Nana Gouvea) the crazed writings of a mysterious homeless man, she discovers the actual threat may be an ancient force from the sea hell-bent on bringing madness and death to all of humanity. Can she convince her colleagues (led by Eric Roberts) of the true danger before an ancient force rises from the sea to bring madness and death to all of humanity?

In recent years, there have been more good Lovecraftian stories told in print than in visual mediums, but with more and more focus on improved productions in independent horror films, hope reigns that a really good film or two will come along.

Unfortunately, this film is not one of them.