Wildling, a new indie horror feature from IFC Midnight, is a story closer to fable than horror, and the ethereal nature of the way the story unfolds enhances that feel. The cinematography is dreamlike, and when we meet young Anna (Bel Powley) and begin to understand the way her life is controlled, the curiosity and concern serve to draw viewers in, and hook them into wondering where this story is going and how it intends to get there.

Anna’s Daddy (Brad Dourif) is very concerned, and protective, telling her stories about the wildlings, dangerous creatures out in the world that exist only to eat little children like her, so it’s for her own safety that she must stay locked up in her room.

But such arrangements can’t last forever, and when it’s apparent that Anna is entering puberty, Daddy begins to inject her with a series of drugs, telling her that she’s sick but it’s pretty easy to infer that he’s really keeping her from reaching full maturity. But after a series of mistakes take a tragic turn for him, Anna is discovered and taken into protective custody by the local sheriff, Ellen Cooper (Liv Tyler). 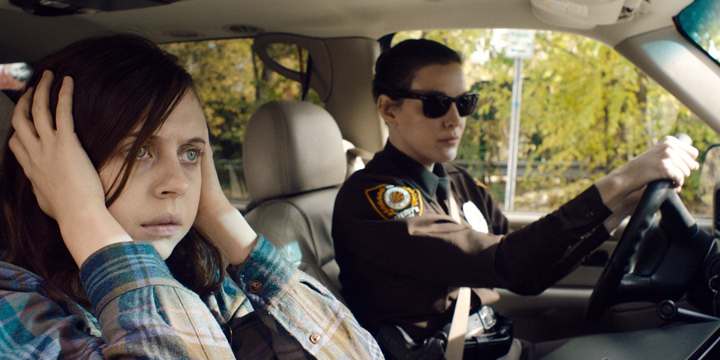 Until they can figure out what’s going on, Anna ends up staying with Ellen and her teenaged brother Ray (Collin Kelly-Sordelet), and miscommunications and cultural assumptions and misunderstandings drive the rest of the events, and those drive the tensions of the rest of the film to delicious levels — from acts of self-defense, to secret vigilante hunters in the town, and what strange creatures may thrive in the unexplored depths of the deep woods.

Anything more would venture into spoilers territory, and you should watch this one for yourself, as unspoiled as possible.

There are only a few minor plot details that ring false, but not to the point of detracting from the enjoyment of the film. Anna ending up at a weekend party populated by every single youth under the age of 21, with only Ray nearby barely paying attention to her, if at all? Even if you think you’re trying to maintain some semblance of normalcy for a younger teen, how does letting a girl who’s been locked up all her life go to a party a week or so after she’s been freed even begin to make sense?

There are also times when Ellen isn’t as suspicious as she needs to be for a law enforcement officer, especially one who’s supposed to have some experience in larger communities (at least, that was implied), and for me that willful blindness was exasperating. Not all of the weird behavior she observed can be explained away by mere consideration of the stereotype of the insular nature of small towns. Sometimes you gotta call it like you see it, even if it means calling someone you’d thought was a neighbor and a friend what they really are: an asshole.

(You know I’m right… if it weren’t true, Investigation Discovery wouldn’t have half the shows they currently do) 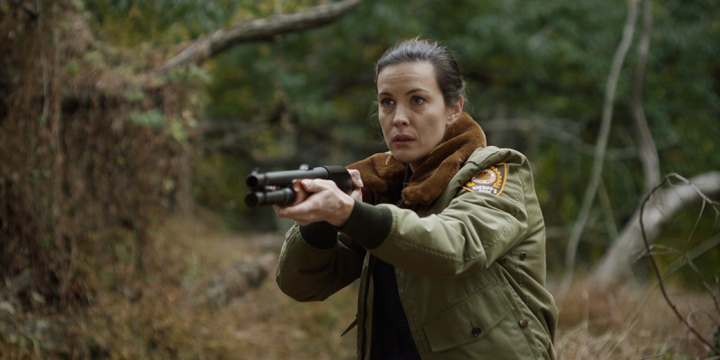 The mystery behind the fable begins to develop quickly, once Anna becomes a suspect wanted questioning after a violent incident related to the party, and as others associated with “Daddy” begin to behave as if they know what’s really going on with her, taking steps to circumvent due process. At the same time Anna’s beginning to discover and understand her true nature, all the while living as a fugitive in the deep woods.

Ultimately, we’re left to wonder what futures may unfold with the wildlings, the humans that live nearby, and what happens on those occasions when their paths might cross in the woods. Just like all good fables.

Wildling will be in select theaters in New York and Los Angeles, and also available on VOD and Digital on April 13.

A teenage girl’s coming of age comes with a terrifying twist in this spellbinding take on the werewolf legend. Since birth, Anna (Bel Powley) has been raised in isolation by a man she knows only as Daddy (Chucky star Brad Dourif) who has done everything possible to conceal the truth about the girl’s origins from her. But when the teenage Anna is suddenly thrust into the real world under the protection of no-nonsense police officer Ellen (Liv Tyler), it soon becomes clear that the young woman is far from ordinary. Unable to adjust to a normal life, Anna finds herself drawn instead to the wild freedom of the forest while struggling to resist the growing bloodlust that has awakened inside her. This moodily atmospheric thriller combines supernatural scares with a myth-like tale of self discovery.

"Wildling": A Compelling Retelling of a Mythic Origin

Wildling, a new indie horror feature from IFC Midnight, is a story closer to fable than horror, and the ethereal nature of the way the story unfolds enhances that feel. The cinematography is dreamlike, and when we meet young Anna (Bel Powley) and begin to understand the way her life is controlled, the curiosity and concern serve to draw viewers in, and hook them into wondering where this story is going and how it intends to get there.