As a long time gamer, Tomb Raider has a special place in my heart. Created by Core Design in 1996, I distinctly remember firing up my Playstation and being blown by the graphic detail and wonderful puzzle sequences. More importantly, the main protagonist was a woman who kicked major ass. Unfortunately, many disliked how Lara featured… ahem… unrealistic gravity free proportions, but nonetheless, gamers everywhere loved her.

As the years have passed, the franchise has been re-booted many times and as such, Lara has transitioned into a more realistic character. In fact, the current Tomb Raider games feature a strong yet vulnerable Lara that really conveys the power of her choices quite well.

Naturally, I was skeptical upon learning that a new Tomb Raider movie was in development. The previous two releases were mediocre at best and as history has shown, video games and motion pictures are like oil and water.

For the record, I never cared for Angelina Jolie’s portrayal as Lara Croft. Whether it was due to bad direction or a lack of commitment, her take on Lara wasn’t believable. So naturally I was intrigued when it was announced that Swedish actress Alicia Vikander would be the new Lara Croft. 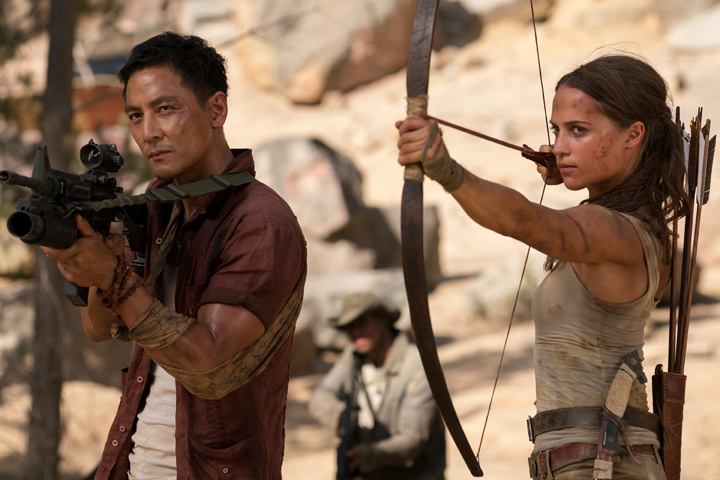 Directed by Norwegian director Roar Uthaug, the re-booted Tomb Raider is inspired from the current Square Enix games. As an origin story, Uthaug does a good job maintaining a quick pace for laying the basic foundation of Lara Croft.

Residing in London, Lara is living her life void of direction due to the disappearance of her wealthy father (Dominic West) who left on a trip seven years earlier. Believing her father is still alive, she manages to convince a sailor in Hong Kong named Lu Ren (Daniel Wu) to take her to his last known location. A hidden treacherous island off the coast of Japan.

While somewhat shallow in it’s development, the basics of Lara’s origin are established well enough to advance the story for the inevitable action sequences. And this movie has plenty! From loud explosions, to nail bitting floor traps, everything that made the video games fun are in the movie.

Overall, the movie is predictable and quite average but Alicia Vikander crushes it as Lara. Her performance is exciting and embraces the attributes that makes Lara interesting. Even the dodgy dialogue shines when delivered by Alicia. In fact, her take on Lara is believable in that she humanizes her the same way Harrison Ford did with Indiana Jones. 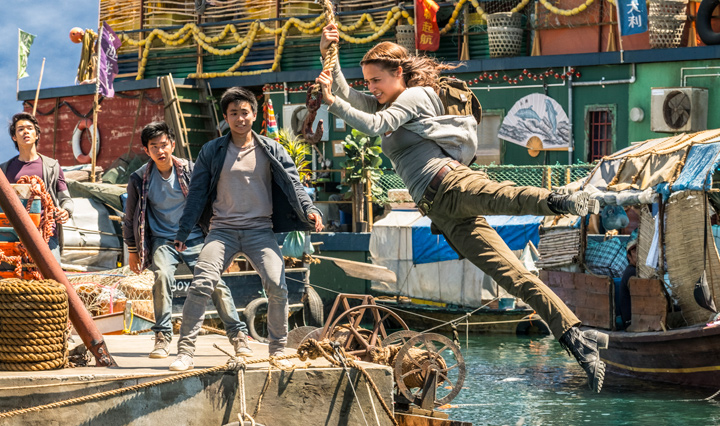 While not perfect, Tomb Raider does enough to generate excitement for the future of this storied franchise and I cant wait for the next release!

Lara Croft (Alicia Vikander) is the fiercely independent daughter of an eccentric adventurer who vanished when she was scarcely a teen. Now a young woman of 21 without any real focus or purpose, Lara navigates the chaotic streets of trendy East London as a bike courier, barely making the rent. Determined to forge her own path, she refuses to take the reins of her father’s global empire just as staunchly as she rejects the idea that he’s truly gone. Advised to face the facts and move forward after seven years without him, even Lara can’t understand what drives her to finally solve the puzzle of his mysterious death.

Leaving everything she knows behind, Lara goes in search of her dad’s last-known destination: a fabled tomb on a mythical island that might be somewhere off the coast of Japan. But her mission will not be an easy one; just reaching the island will be extremely treacherous. Suddenly, the stakes couldn’t be higher for Lara, who—against the odds and armed with only her sharp mind, blind faith and inherently stubborn spirit—must learn to push herself beyond her limits as she journeys into the unknown. If she survives this perilous adventure, it could be the making of her, earning her the name tomb raider.

While not perfect, Tomb Raider does enough to generate excitement for the future of this storied franchise and I cant wait for the next release!