Batman: Gotham by Gaslight is an Elseworlds Batman story, based on a graphic novel that I hadn’t been aware of until I learned about this feature’s release a few months back. Yeah, I know, I’m not as up on my Batman history as others are. Too much media, not enough time. 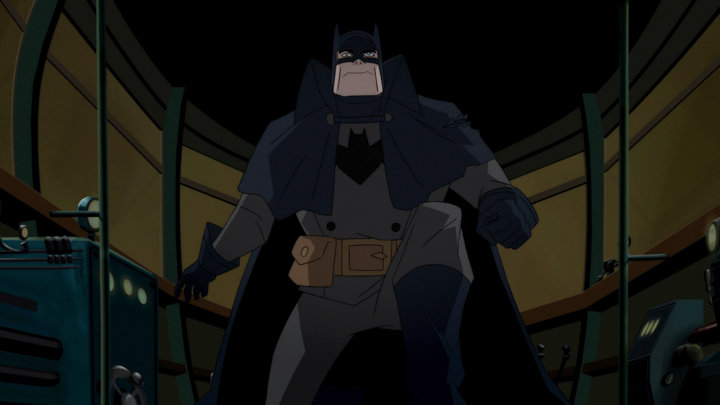 The artwork style complements the Victorian setting beautifully, and by focusing more on Batman’s detective skills rather than his fighting skills, we get a showcase of the World’s Greatest Detective pitted against the twisted mind of a serial killer menacing Gotham, who calls himself Jack the Ripper.

The twists of the story are intriguing, given the number of familiar Batman friends and foes that appear, and according to the special features, some story points in this animated movie have been changed from the original graphic novel… that in itself might be appealing to folks already familiar with the story and the Elseworlds stories.

I’m sure there’s also some symbolism in the Gotham World’s Fair exhibition burning at the end, with the implications that the utopian future everyone envisions won’t come to pass for Gotham this time around, and maybe that plays into alternate or future versions of Gotham that we already enjoy. 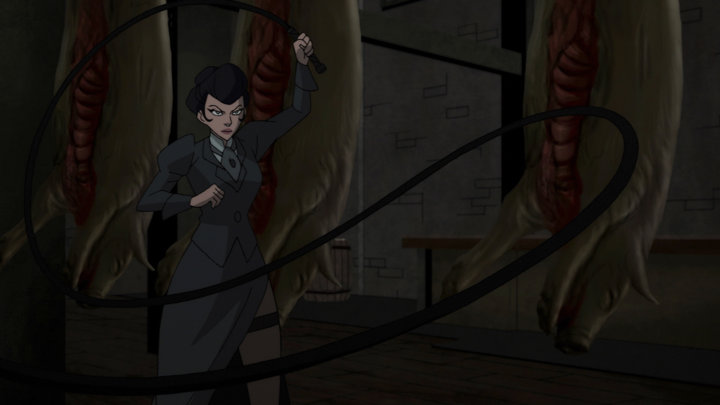 The number of Batman universe familiar faces that show up, many of them in very different roles, somewhat distracts from the main story, albeit in a fun way. They don’t detract from the story, although they sometimes serve up as red herrings to cause viewers to peek down incorrect rabbit holes.

I think this feature could have a broad appeal to the casual Batman fan, as well as the steampunk-adjacent fans, and the story, with it’s twists is engaging.

Meanwhile, my hope is that someday we’ll see a Green Arrow: The Longbow Hunters as a DC Animated Feature.

Inspired by the landmark one-shot Elseworlds tale by Brian Augustyn and Mike Mignola, Batman: Gotham By Gaslight takes place at the turn of the century as America’s continued industrial revolution is to be showcased at a World’s Fair hosted by Gotham City. But while the world prepares to witness the glittery glory of Gotham’s technological advances, there is a killer loose in the city’s darkest shadows.

Preying on the city’s women, this killer is as precise as he is cruel. As Police Commissioner James Gordon tries to calm the fears of Gotham’s citizens regarding the butcher called Jack the Ripper, the masked vigilante Batman enacts his own detective work – with the help of confident, capable Selina Kyle – to stop the Ripper’s murderous spree. Witness a world in flames as the notorious serial killer’s controlled savagery meets the calculated stealth of the Dark Knight.

The artwork style complements the Victorian setting beautifully, and by focusing more on Batman’s detective skills rather than his fighting skills, we get a showcase of the World’s Greatest Detective pitted against the twisted mind of a serial killer menacing Gotham, who calls himself Jack the Ripper.