The horror-comedy DEAD ANT will be making it’s world premiere during opening night of Screamfest 2017, October 10, at the TCL Chinese Theatres in Hollywood. Tickets are still available at https://screamfestla.com/tickets/dead-ant, and Jake Busey will be in attendance! 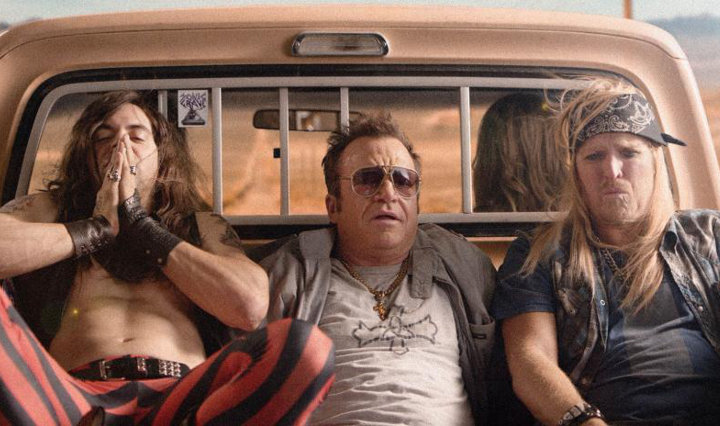 Screamfest 2017 runs from Oct 10-19, with actor/producer Dominic Monaghan serving as the festival ambassador.

Stay tuned for the next episode of Slice of SciFi, featuring an interview with DEAD ANT actor Jake Busey, and Screamfest founder and festival director Rachel Belofsky! Jake talks about how much fun he had making this film, commenting on his channeling both Bret Michaels and Axl Rose for his turn as glam-rock lead singer, and much more.

When the “one-hit-wonder” glam-metal band “Sonic Grave” embark on a trip to Coachella in hopes of a comeback, their peyote trip pit stop in Joshua Tree incites an “unworldly” vicious attack, and they must “rock” themselves out of harms way.