I saw the trailer and the semi-lapsed (don’t tell my mom) Catholic in me was like, “I have to see this movie because someone’s totally going to do something to make me want to throw holy water at them.” Yes, I do realize that says something about my major take-aways from religion classes… what of it?

There are two things put together that guaranteed I’ll give a horror movie a look: Billy Mosley and exorcisms. I don’t know why but there something about Mosley making an appearance in a movie that just anchors it properly in the horror genre. It might have something to do with the fact that his turn as Otis the creepy hillbilly killer still sticks with people… but his appearance at the beginning of The Possession Experiment always signals you’re watching a horror movie to many fans.

The movie opens with the clichéd image of an obviously possessed woman doing something heinous to herself before scrambling away-creepily, in an equally eerie ass house-from the people all gathered to help her and cast out the demon. I was a little disappointed and bracing for major horror movie let down. But things quickly take a turn. Without spoiling, let’s just say these folks weren’t ready for the devil at all. When *ish goes sideways-really, really sideways- during the obligatory priest (Mosley) trying to expel the demon scene I sat up and literally yelled at the screen, “nope, that lady can have it!” I was all set to see the standard a battle with the devil where “good” takes a massive beating but ultimately triumphs over “evil.” Yeah, that’s not this story…. 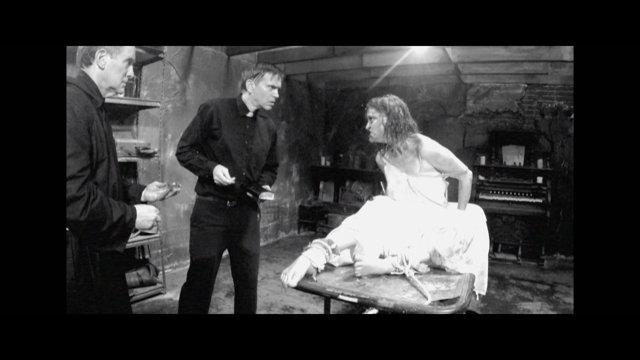 This movie isn’t shot or told from the expected third party perspective. You feel like you’re watching everything through an open window or from the back seat but with good production and sound – it starts little low res-looking but bear with it; the director’s doing some old-school arty things. As the movie shifts to Brandon (Chris Minor) in classes eagerly listening to his teacher go on about torture methods of the past the dark overtones of the opening sequence is replaced by a brighter yet eerily lit college classroom and campus. You follow along with Brandon as he navigates his dorm living situation, with his dudebro of a roommate kicking him out because his girlfriend is coming over, to his meeting Clay (Jake Brinn) and heading to his place to become partners on their senior theology project and to go get high to seal their new-found friendship. I won’t lie, it took a minute to settle into the acting (it’s a bit flat in places) and storytelling style.

Brandon is an awkward and slightly off-putting due to his not so hidden obsessive edge. He’s that kid in class you just know takes everything too seriously and has little to no social skills despite being cute. Clay is the stoner who just seems to float around smiling and phoning it in. This unexpected duo is absolutely who you expect to decide to investigate exorcism and have absolutely everything go wrong.

This unlikely pair (Clay, like all affable potheads is mostly along for the ride at the start) get their hands on some old VHS footage during their investigation into an old local homicide that reveals it was most likely an exorcism gone terribly wrong. This is where things take a unique turn for this type of horror movie. The writers (Dixon and Hansen) incorporate social media directly into the storytelling narrative. Brandon and Clay decide to do a video blog about their research topic and investigation. A confessional element enters into the storytelling. This decision allows for a kind of stream-of-conscious exposition that reveals aspects of Brandon’s character that deepen your understanding for exactly how intense his obsession with the supernatural and the occult is. Clay on film becomes the voice of reluctant reason – which should be your first clue this isn’t going well. After watching the footage and looking into the details of the crime, the pair are hooked. And like any good obsessive, Brandon decides they need to go to the house where the crime occurred and look around. This is again where I’m sitting up talking to the screen, “don’t you know anything about horror movie rules? You don’t go to the big ass creepy house and you DEFINITELY DON’T GO IN THE CREEPY ASS BASEMENT.” 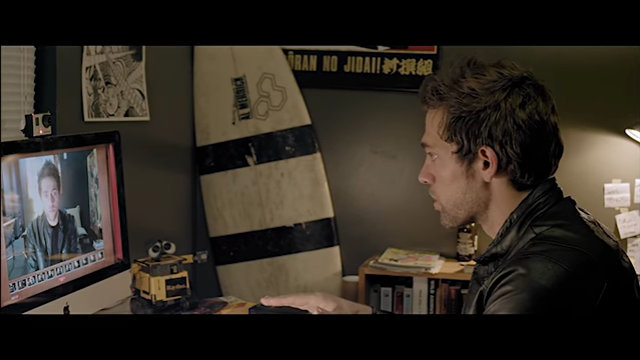 Once the pair return to campus, the social media element of the story propels things even further, Brandon decides the best way to investigate more is to actively try to become possessed by whatever is in that house and starts a crowdsource fund to cover the expenses of getting someone to conjure him up a demon. Yes, I just said this fool boy wants to offer himself up as a vessel for evil so he can experience possession first hand. I TOLD YOU someone would do something to make me look around for some salt and a big vat of holy water…

Going live with the next level of their project introduces the pair to the third and final member of their band of investigators, Leda (Nicky Jasper) the medical student. After seeing the crowdsource video, Leda comes on board to monitor Brandon for signs of possession and track his vitals. This comely addition swiftly becomes a full member of Team Possession, attending the séance with the boys. There was potential in this addition that wasn’t realized. The story starts making some choices here that are disjointed. But by this point, I’m all in with this story. I’m have to know exactly how you go about pitching demon possession and ritual expulsion during the hiring process. I can’t wait to see what happens when they try to “talk” to the evil just hanging out in this creepy ass house. (it goes about as well as you expect). 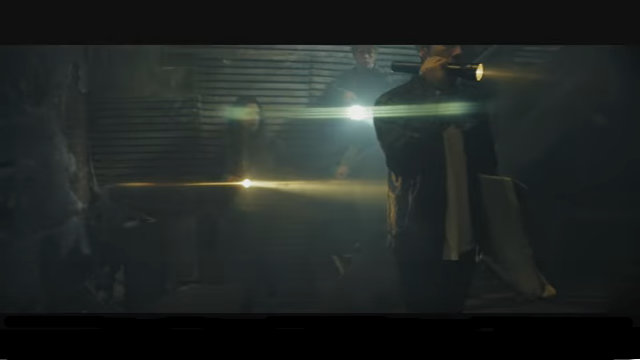 Without giving anything away, can I just say the medium hired to participate in the séance does exactly what I think every single person who deals in the occult should when they realize someone has asked them to do something dangerously stupid and failed to give them enough details. She gets up, gets her shit and gets the hell out of there quick-like. It was a refreshingly realistic moment as were all the other moments of stumbling and bumbling their way into the land of things that will totally eat your soul and like it. From this point all things swiftly get freaky and of course everything goes awry.

Don’t get me wrong, this movie has its problems:

But it also has some elements of what I like in my “gonna stay up and watch a horror movie” independent film. It takes a unique angle on a genre staple, it has unexpected turns that add depth to the story and make you rethink assumptions you’ve made and best of all, it has those moments where you yell at the screen because everyone does the stupid thing that guarantee someone’s going to get stabbed or shot before all is said and done.

Your positive take aways from The Possession Experiment are:

Call a friend, grab some popcorn, and cue it up on demand for your next indie horror movie night in. It doesn’t nearly live up to its potential but if nothing else you and your friends will have good time Monday morning quarterbacking the movie’s choices.

Brandon Jensen is a theology student who has always been attracted to the supernatural. So when asked to pick a topic to base his final world theology class project on, he decides to explore the dark world of exorcisms. Teamed up with three classmates, the group investigates a multiple homicide that they eventually discover was an exorcism gone horribly wrong. Brandon becomes obsessed with the event, and in a strange turn of events, decides the only way to research this topic is to undergo an exorcism himself.

I was all set to see the standard a battle with the devil where “good” takes a massive beating but ultimately triumphs over “evil.” Yeah, that’s not this story….

Call a friend, grab some popcorn, and cue it up on demand for your next indie horror movie night in. It doesn’t nearly live up to its potential but if nothing else you and your friends will have good time Monday morning quarterbacking the movie’s choices.