When I heard about this movie, there were two things I was expecting: It involved an accountant and there was going to be a body count. I wasn’t expecting much beyond that, other than the main character was a math savant. I’ve seen Ben Affleck have hits and misses. I wasn’t certain which this would end up being. Not only did they exceed my expectations, they also created a quirky, original and deeply engaging film. Frankly, I was blown away.

Ben Affleck plays Christian Wolff (a pseudonym) who works as an investigative accountant for criminals, mob families, and terrorists. He is living a solitary life in Midwest America hiding under a pseudonym and doing books for the local farmers. You don’t know much about him at the beginning and therein lies the mystery. Who is the accountant? What is his true identity, how did he come to do his job and what are his motivations? The filmmakers delve into this blending suspense with pure action never missing a beat.

As the story continues, you learn more about the individuals surrounding him. You find out that the director of the Treasury department, Raymond King (J. K. Simmons) wants to find him and has recruited an analyst, Marybeth Medina (Cynthia Addai-Robinson) to assist him. Director King uses her past to blackmail her into helping him while keeping it a secret. As the story progresses, you do learn his motives but I don’t want to spoil the revelations.

In the meantime, you learn more about Christian through the use of flashbacks and through his interactions with others. Christian needs a legitimate client to lay low so he goes to work for Live Robotics as a consultant. Someone is stealing from them and he needs to find out who it is. He meets the young woman who discovered the theft, Dana Cummings (Anna Kendrick). They connect over numbers. But then he is asked to leave because the client thinks they’ve found the culprit.

A mysterious hitman (Jon Bernthal) begins leaving a trail of bodies behind him, going after those who are involved in the theft at Live Robotics but viewers are left with the mystery of who hired him. And then those same men come after both Christian and Dana. Christian must find out who is behind it all before they end up dead. 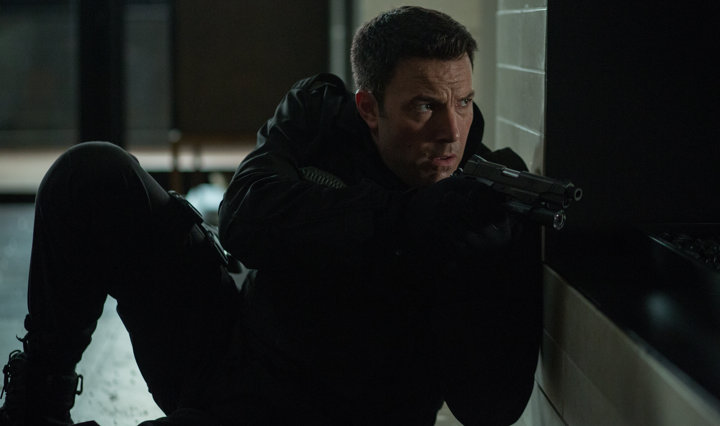 This movie was incredibly engaging, keeping me involved in both the mystery and the action. There are several mysteries and the writers did a fantastic job, not only with how they keep the viewer guessing but in how well they resolve each element of the film. Everything is woven together and even when something appears random, there is a reason for it and a connection to another piece of the puzzle of who either Christian Wolff is or what is going on with Live Robotics. The action was tied into the story, never extraneous and always with a purpose, even if it’s just to keep Christian alive so that he can solve the mystery.

Ben Affleck does a stellar job in this role. He has all the mannerisms of a high functioning autistic person including the social awkwardness but with few of the stereotypes. I found it respectful and done with great sensitivity and if there is one message that carried throughout the movie, it was that being autistic or having any kind of difference does not make you lesser, it just means you think differently than others. And that being different is neither good nor bad, it just is. I could tell that the writers did a great deal of research and managed to capture the beauty of the character, keeping him realistic and engaging.

Affleck is not the only great performance. Anna Kendrick does a lovely job as geeky mathematician Dana Cummings. She takes control, fighting back when the hit men come after her. She is sweet and funny. At one point, she says we all crave connection with others but struggle with it, pointing out that Christian is not as different in that area as he thinks. J.K Simmons plays his part realistically and Cynthia Addai-Robinson is awesome as Marybeth, tracking down Christian, showing her character has mad skills. Not only that, but the female roles are on par with the men, showing them as equals with their own skills and strengths. One of the highlights of the film is Alison Wright playing Justine. Even though she is mostly a voice on the phone, she manages to be funny and delightful, a hidden treasure in this film as Christian’s one contact who knows everything about him. 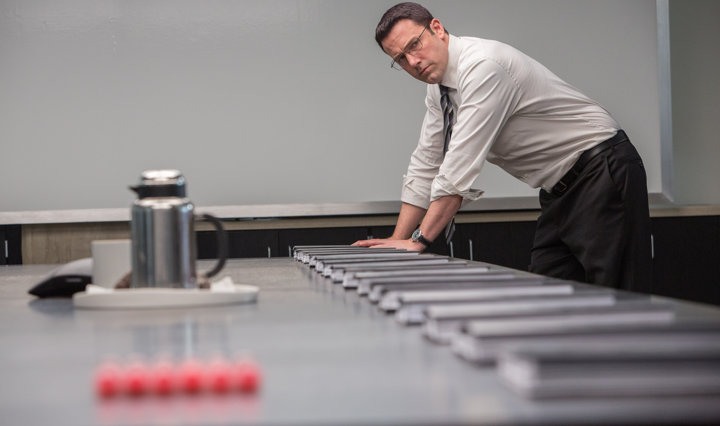 The only off note was a scene using a strobe light. It needs to have a warning because the lighting is so hard to watch. It is integral to character development, showing you Christian’s coping mechanisms and what happens when they don’t work. That said, I had trouble watching, had to cover my eyes because it hurt my eyes and I don’t have issues with strobe lighting. So while it is understandable why it was included, movie goers should be warned. If you have any issues with strobe lighting, you need to be prepared for this scene.

Despite that scene, I loved this movie. It was fun and kept me completely wrapped up in the story. Ben Affleck was outstanding and if you like action woven into your suspense, I recommend The Accountant. It has an original character, lots of action along with a great plot. It’s funny in all the right areas and one of Ben Affleck’s best films yet.

Christian Wolff (Ben Affleck) is a math savant with more affinity for numbers than people. Behind the cover of a small-town CPA office, he works as a freelance accountant for some of the world’s most dangerous criminal organizations. With the Treasury Department’s Crime Enforcement Division, run by Ray King (J.K. Simmons), starting to close in, Christian takes on a legitimate client: a state-of-the-art robotics company where an accounting clerk (Anna Kendrick) has discovered a discrepancy involving millions of dollars. But as Christian uncooks the books and gets closer to the truth, it is the body count that starts to rise.

I loved this movie. It was fun and kept me completely wrapped up in the story. Ben Affleck was outstanding and if you like action woven into your suspense, I recommend The Accountant. It has an original character, lots of action along with a great plot. It’s funny in all the right areas and one of Ben Affleck’s best films yet.