When The Blair Witch Project was released 17 years ago, horror fans everywhere were introduced to a new type of storytelling. The found footage format brought new life to the horror genre with it’s first person narrative. In fact, upon it’s release, some thought the movie was actually a real documentary which really created a new level of terror. I myself was quite moved by how effective it was. From sweaty palms to clinched teeth, the Blair Witch was a truly memorable experience. Whether or not you’re a fan of the original, one thing is certain, the movie made serious bank and influenced horror aficionados worldwide.

Upon learning of this new release, I was quite skeptical about the revisiting of the Blair Witch. After-all, the franchise killer Book of Shadows bombed at the box office and subsequent video game releases were average at best. So does the sequel directed by Adam Wingard recapture the magic that made the original so successful? Unfortunately, no. 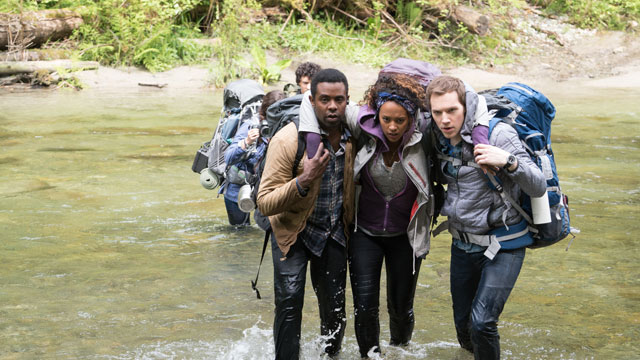 For starters, the movie is a damn near clone of the original. How? First a band of 20 something college students venture into the Black Hills Forest in Maryland searching for the witch. Second, we still see stick-figures mysteriously hanging from trees. Third, a documentary is the justification for recording the events. Fourth, the characters still scream too much. I can go on, but my point is made. So much for originality.

What made the first Blair Witch work so well was the execution of each scare sequence. In the sequel, there’s too much emphasis on cheap jump scares and dull repetition to keep the paper thin plot interesting for the viewer. In fact, I became a little annoyed with the forced scares and annoying screams that I just wanted the movie to end! However, all is not lost. There is one moment in the film that alleviated the first 60 minutes of torture in what I believe is one of the more effective horror scenes in recent memory.

Upon it’s climax, we finally get to see what the inside cabin/house looks like. By presenting the house as a hellish old broken down house, director Adam Wingard taps into our primal fear of humanity and death. After briefly revealing the witch, the house continues to serve as a backdrop for the horror that awaits. I won’t reveal what happens just know that it’s damn effective!! 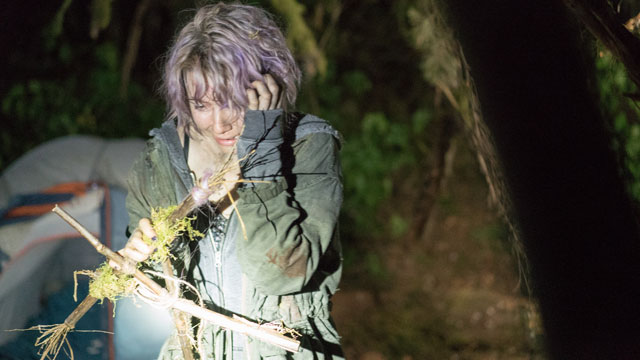 While this sequel was better than Book of Shadows, it failed living up to the original. From the acting to the direction, everything in the first Blair Witch was better. That’s too bad because the last twenty minutes of this film deserve a little recognition for it’s effectiveness. Oh well, maybe a future release will get the old witch out of the forest!

A group of college students venture into the Black Hills Forest in Maryland to uncover the mysteries surrounding the disappearance of Tommy’s sister, Heather. At first the group is hopeful, especially when a pair of locals offer to act as guides through the dark and winding woods, but as the endless night wears on, the group is visited by a menacing presence, and one-by-one, they begin to disappear. Slowly, they begin to realize the legend is all too real and more sinister than the footage revealed 20 years ago. The Blair Witch has come to claim her next victims.

While this sequel was better than Book of Shadows, it failed living up to the original. From the acting to the direction, everything in the first Blair Witch was better. That’s too bad because the last twenty minutes of this film deserve a little recognition for it’s effectiveness.