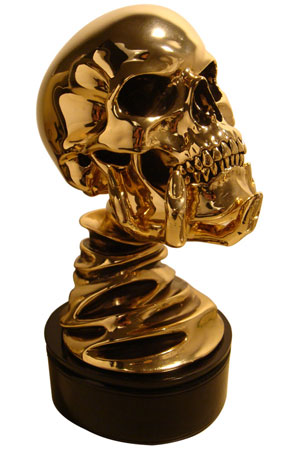 America’s largest and longest running horror film festival, Screamfest, is proud to announce that the 16th annual event will take place from Oct. 18-27, 2016 at the TCL Chinese 6 Theatres in Hollywood. Actress Lydia Hearst (Condemned, #Horror) will serve as ambassador for the festival.

“I’m honored to serve as ambassador for Screamfest,” said Hearst, whose film Condemned premiered at last year’s festival. “Screamfest provides an amazing platform for filmmakers and actors like me to showcase our latest work and to receive direct feedback from the horror and genre community.”

Screamfest is currently accepting submissions for the festival through Aug. 1, 2016. Films from around the globe are expected to screen at the festival. Winners will receive a 24 karat gold dipped skull trophy designed by the legendary, Academy award-winning special make-up effects creator, Stan Winston, who partnered with the festival until his passing. All screenings are open to the general public.

“We’re excited to showcase the new work of American and international filmmakers for horror movie enthusiasts,” said Belofsky. “Over the last 16 years, we have launched careers and helped garnered distribution for filmmakers. We’re proud of the work we showcase year after year.”

The festival is best known for discovering Paranormal Activity in 2007. Other past premieres include 30 Days of Night, Let the Right One In, The Grudge, The Fourth Kind, The Collection, Trick ‘r’ Treat, The Human Centipede and Diary of the Dead.