Like Vin Diesel before him, Ryan Reynolds is “one of us” – a nerdy comics geek who happens to be a movie star. Deadpool is Reynolds’ passion project, something he’s been trying to ensure happens, and happens correctly, for years. 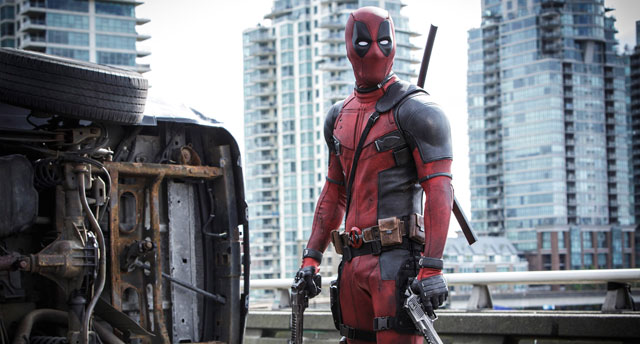 Deadpool is also one of my all-time fave comics characters, right after Wolverine and probably before Captain America. My whole family loves Deadpool. Deadpool showed up in the first Wolverine movie. While the Wade Wilson character was done correctly during the Black Ops portion of that film, what they did to Wade/Deadpool at the end of said film was a travesty and pretty much ruined the movie for me and for a lot of other Deadpool fans, the rest of my family included.

Since then, Reynolds has campaigned, begged, pleaded, coerced, and God alone knows done what else to get this movie made, and made right. So, the question is – was all the work and blood, sweat, and tears Reynolds put into getting Deadpool his own movie worth it?
Before I answer that, there are going to be two reviews in this review. A review for fans of Deadpool – the comics and the character – and a review for those who (somehow) have no idea who Deadpool is. And neither one of them is going to be a typical review. You have been warned.

Review For Deadpool Fans: Rejoice, my brethren, for this is the Deadpool movie we have all been waiting and hoping for! This movie was flat out awesome. It was like seeing the comics come to life – breaking of the fourth wall, crazed hallucination sequences, blood, violence, sex, jokes, sight gags – and all of it ratcheted up to eleven. All the fun, all the action, all the Deadpool. From the opening credits (hilarious) to the closing credits (also hilarious) to the teaser at the end (perfect) this movie is (heh) dead on.

This movie gives our favorite Merc With A Mouth a slightly different origin story, which is fine, because no Deadpool fan wants to remember the origin from the Wolverine movie. There are some characters that have been combined (Weasel’s in a slightly different role but it works, for example) but you’ll see plenty of old favorites. And this movie’s tied in loosely with the X-Men, meaning we can also have hopes of seeing Deadpool cameos in upcoming X-movies. 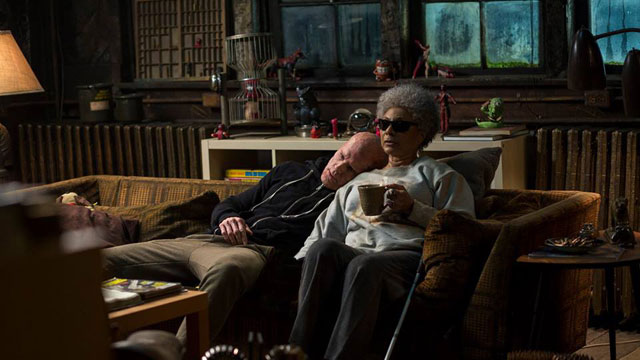 If you love or even like Deadpool and have been, like I’ve been, waiting and hoping that it would be all that it could be, run, don’t walk, to the theater and get your tickets, because it’s possibly the best comics adaptation ever. Even more than Captain America or Iron Man, this movie’s captured EXACTLY what it’s like to read a Deadpool comic or graphic novel.

It’s so damn perfect I want to shed a tear of joy.

Review For People Who Have No Idea Who Deadpool Is: He may be played by one of the hottest actors around but he’s NOT a hero.

Don’t take your little kids – they shouldn’t go to a Deadpool movie until YOU have read a few Deadpool comics and then chosen to allow them to read them. This is a comic that has never been written for kids and the movie is joyfully not even pretending to be for kids or anyone easily offended. Take the kids and anyone who doesn’t want to hear the “bad words” to Kung Fu Panda 3. This is a movie for grownups who get the joke.

There is violence and lots of it. There is nudity and lots of it (including full frontal for Ryan Reynolds, though you’ll have to be looking for it – I was, the hubs wasn’t, so I saw it and he didn’t, meaning all is well in the Casa) along with sex and lots of it. There are scenes of torture. There are a lot of jokes, many times during the torture, definitely during the fight scenes. There is a lot of foul language. 95% of the characters are deviants, lowlifes, criminals, strippers, and mercenaries. There are a couple X-Men who are in it, too, providing literally the only morality in the movie. Wolverine/Hugh Jackman is not one of those X-Men. 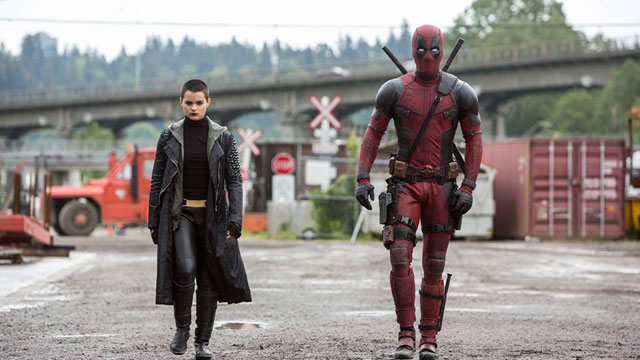 Other than that, this movie follows a standard superhero origin story, complete with flashbacks and a story within a story sequences. It’s pretty much nonstop action with some amazing stunts. Satisfying ending that definitely leaves things ready for a sequel.
If you’ve seen the Deadpool movie trailers and you’re all like, “this looks cool” go for it and welcome to the Cult of Deadpool. If you’ve seen them and been appalled, well, those trailers are NOTHING compared to entire movie. If you haven’t seen the trailers or have and just don’t know – if you could handle Kill Bill Vol. 1 or Sin City and would have enjoyed them with more humor as well, you’ll probably enjoy Deadpool. If gratuitous violence that KNOWS it’s gratuitous, wisecracking in the face of danger, a serious body count, awesome stunts, and crazy people doing crazy things that somehow work out sounds interesting to you, go for it.

Rejoice, my brethren, for this is the Deadpool movie we have all been waiting and hoping for! This movie was flat out awesome. It was like seeing the comics come to life – breaking of the fourth wall, crazed hallucination sequences, blood, violence, sex, jokes, sight gags – and all of it ratcheted up to eleven. All the fun, all the action, all the Deadpool.