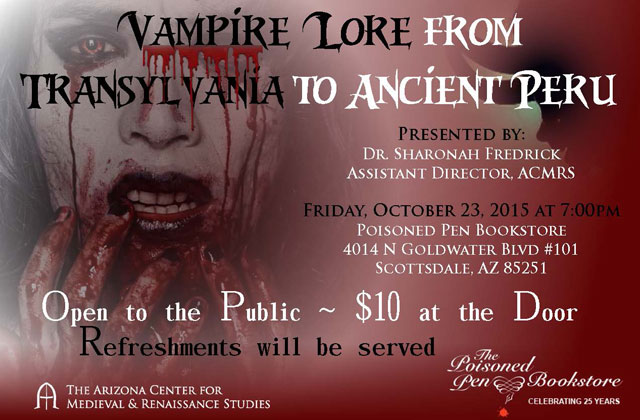 If you’re in the mood for an evening of history and folklore about vampires, and you’re in the Metro Phoenix area, then Poisoned Pen Bookstore has an event for you!

Presented by Sharonah Fredrick, Assistant Director, ACMRS
Open to the public – $10 at the door – Refreshments will be served