In the vast pantheon of movies there are great movies, there are terrible movies, and the rest just fall somewhere in between. Listening (2015) is a movie that I would rate as average. There is little about it that makes it stand out amongst other movies, within and without its genre.

Listening features a pair of “starving college students,” David Thorogood (Thomas Stroppel) and Ryan Cates (Artie Ahr). These two “brilliant young grad students” are developing a brain-computer interface system that maps put to 1000 synapsis’. “On the verge of a breakthrough” they “test the device on themselves,” but have run into serious technical limitations; namely the system is quite slow. In order to move things along Ryan recruits the “beautiful and brilliant” Jordan (Amber Marie Bollinger) to help move the project along. 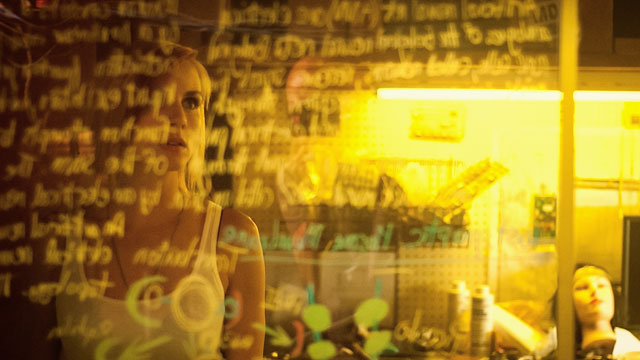 She suggests “a radical experiment” using Carbon Nanotubes to allow them to map more synapsis allow faster communication brain to brain through an artificial form of telepathy. Up until this point David and Ryan have been stealing their equipment from the university, but where Jordan gets the carbon nano-tubes is never made clear.

Meanwhile a “shady government group,” is performing mind control experiments of their own, forcing test subjects to do things against their will. They have run into problems of full control. 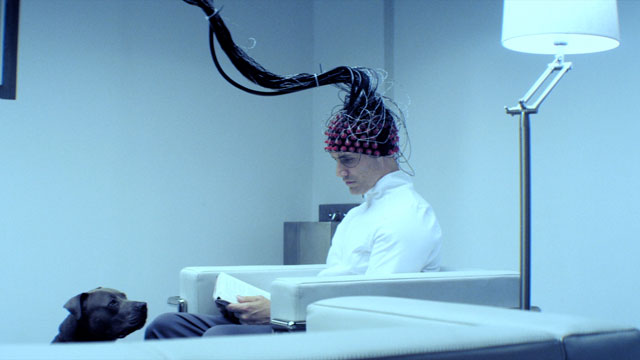 If any of this sounds familiar, it’s because it is. The movie is filled with enough tropes to give players of the TV Tropes drinking game alcohol poisoning. This does not mean that Listening is a bad movie, it simply doesn’t bring much new to the table. The interaction between the characters work during the early part of the movie. These start to break down after the midpoint of the movie, and the motivations for the breakdown are not clearly defined beyond the character’s life stresses.

When the characters are eventually caught things go from bad to worse and this was one of the highlights of the movie. The problem is that it took half the movie to get there. 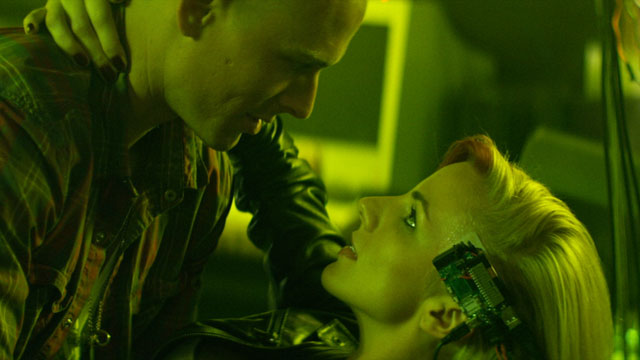 There is some interesting camera work once the characters start their artificial telepathy sessions. It is disjointed and shifts about at random, and it also flashes to different places and thoughts, which gets our characters into some hot water. This is well done though. The overuse of filters however was beyond distracting. When used correctly filters can tell a part of the story, in this case it just distracted.

While in no way a standout film, it didn’t leave me feeling like I’d wasted my time and did present some interesting and clever ideas. I just wished that it had fleshed them out a bit better.

LISTENING opens in theaters and is available on demand on September 11, 2015. 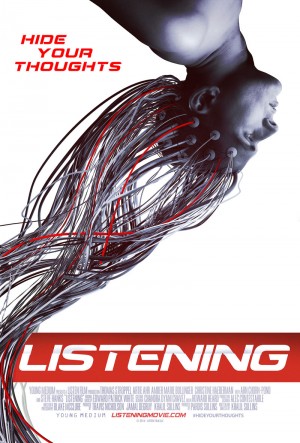 For years, we have tried to harness the power of the human mind… and failed. Now, one breakthrough will change everything. Beyond technology. Beyond humanity. Beyond control. LISTENING, the award-winning debut feature from visionary Khalil Sullins, is a psychological thriller about penniless grad students who invent mind-reading technology that destroys their lives. David, Ryan, and Jordan hope the telepathy invention will solve all their problems, but the bleeding-edge technology opens a Pandora’s box of new dangers, as the team discovers that when they open their minds, there is nowhere to hide their thoughts. Secrets and betrayals surface, and the technology stolen by a covert government agency with a hidden agenda. With no one left to trust, David is forced against his friends in a life-or-death battle over not only the privacy of the human mind, but the future of free will itself.

Listening is a movie that I would rate as average. There is little about it that makes it stand out amongst other movies, within and without its genre. This does not mean that Listening is a bad movie, it simply doesn’t bring much new to the table.