Every once in a while a movie comes along that genuinely surprises you. The premise of Containment is simple. A group of neighbors, who have barely met, find themselves sealed into their apartments and the spot hazmat suit wearing personnel escorting people out of the next building over.

When I first read the concept I thought that it sounded remarkably like the concept for the Spanish film Rec. I was pleasantly surprised when it proved to be something far different, more original, and more realistic. 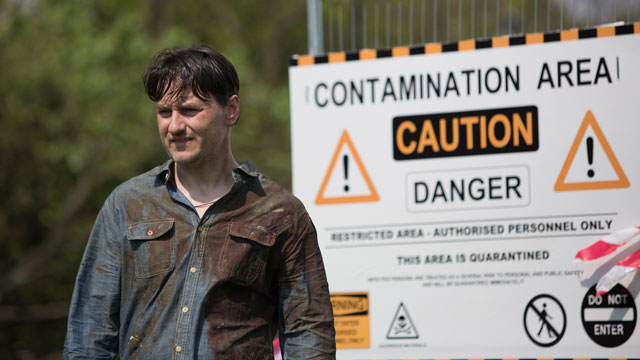 For those who think this might devolve into another zombie movie, rest easy. This is about a killer flu-like virus that has cropped up in England and the latest cases have been detected in this tower block. In order to prevent infection the government seals off the buildings, going so far as to seal individuals into their apartments before taking people out in small groups to test them for infection. That is when things start to go wrong.

The main characters meet up by quite literally punching through their walls to link several apartments, or flats, together. From there they begin to plan how to escape and debate whether or not they even should. The characters are engaging and real to the audience, without too much cliche’, aside from the deadbeat divorced dad trying to get out to go to his child custody hearing. 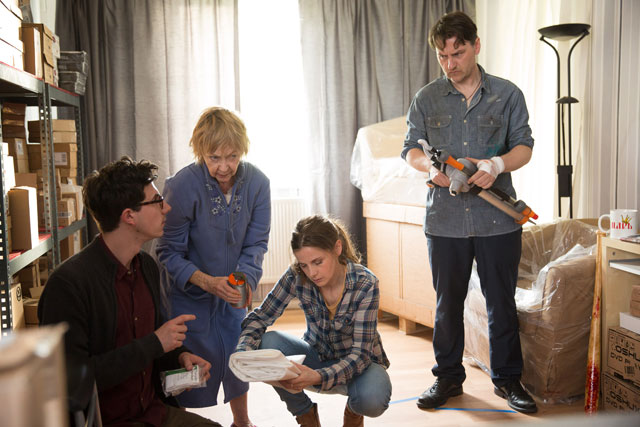 I do not want to go into too much more detail however. This is a good movie and well worth your time to watch. I give it 4.5 stars only because they could have shown more of the disease than they did.

Mark, a failed artist estranged from his wife and son, wakes one morning to discover that the doors and windows of his flat have been sealed shut. He assumes it’s a sick joke until he sees an army of ‘Hazmats’ – mysterious figures in protective suits – patrolling the grounds and snatching his fellow residents. When a neighbour smashes through their adjoining wall, Mark joins forces with his new-found ally and others from within the block. Together, they must work to defend themselves from the sinister Hazmats, but when they discover that the real danger is trapped inside the building, tempers fray and fear takes over. Loyalties are tested to their limits as friends and families turn against each other in an adrenaline-fueled fight for survival.