DARK WAS THE NIGHT is a deliciously dark yet heartfelt monster movie, one that relies on character drama first and ratchets up the suspense with that old-fashioned method of teasing out a wonderfully balanced mix of dread and eager anticipation. Small New England town, big woods with a deep, dark history pre-dating colonial times, protagonists struggling with their own real-world fears trying to put a real-world face on a threat they can’t fully comprehend — this is the way monster movies are supposed to be made. I almost wish I’d been in an area to see this on the big screen.

Sheriff Paul Shields (Durand) of Maiden Woods is in the middle of a personal crisis; his marriage is on the rocks, and he feels responsible for the accidental death of one of his sons. He is just going through the motions, and while many of the townspeople still trust in and believe in him, he no longer believes in himself.

Deputy Donny Saunders (Haas) is a former New York City police officer who’s decided to seek out a small town environment after a traumatic experience of his own. He still wants to protect and serve, but he’s also looking for something more than just the peace and quiet of a small town.

With the atmospheric New England fall turning into winter, something dark has started on the move, and horror and death is coming with it. First, a crew of loggers 90 miles north of Maiden Woods disappears, leaving no trace until rescuers start searching the deep woods for them. Residents who hunt in the forests outside of Maiden Woods have noticed fewer and fewer traces of wildlife in the area, especially no deer to be found in the middle of deer season. Family pets and livestock go missing, strange tracks appear in and around town, with even stranger things are glimpsed walking through the town in the dead of night, and rumors of a dark terror that was responsible for the death of a young boy decades earlier begin to swirl.

Sheriff Shields first believes that it must be pranks designed to ramp up hysteria until more signs of trouble appear that can’t be ignored or explained away — birds leaving the area en masse, flying almost in a panic, and a group of hunters attacked and eviscerated in broad daylight, leaving one survivor who cannot even begin to describe what attacked them. 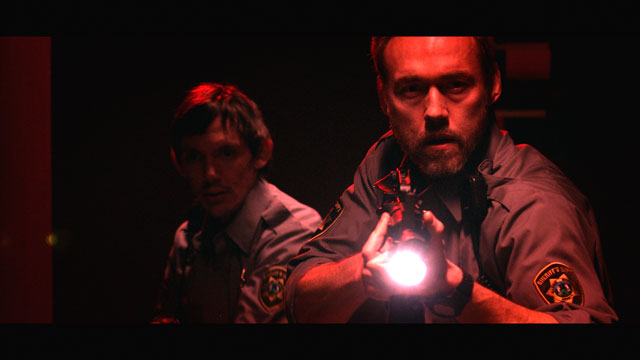 Part of what makes this film so appealing is that along with developing the mystery of the creature is that the people in the town also feel real… their lives and backgrounds become just as developed as the atmosphere and the monster. We feel for them as the threat against them grows closer, and that makes the suspense and tension even that much more intense and eventually more satisfying than the typical found footage slash/gore party pic being palmed off as horror movies these days.

Part of me also wonders if this movie could have been better served with a slightly larger budget for both CGI and practical effects, plus an extra 10 minutes or so to trickle out more history about the legend of the monster and it’s connection to the region, maybe even with a few more clues that seem to defy conventional explanation. I think the existing story might cause a few people to leap to the erroneous supernatural conclusion about what the monster is, and judging from a few other reviews I’ve seen, it looks like they have (minor spoilers: it’s not the Devil or a demon). But the creature itself sometimes doesn’t look as well-designed as most of the shots in and around town.

I think people who enjoy the old style horror/monster movies will also enjoy this throwback to a time when a thriller/suspense/horror movie was all about the pacing and anticipation and imagination rather than being a bit disappointed and bored by another movie that tries to see who could throw the most fake blood on the walls and try to make viewers think that shaky cams and fake jump scares can replace the need for any kind of storytelling.

Dark Was the Night: Buy on iTunes 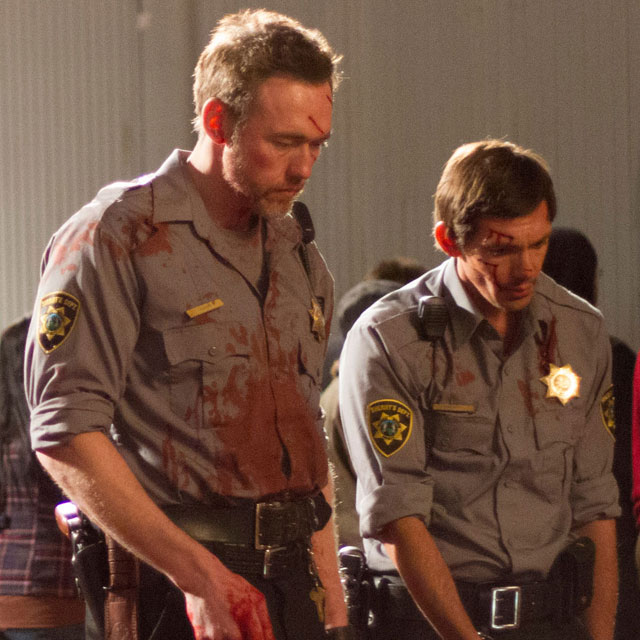 Maiden Woods is a remote and quiet town of decent hard-working people, but something stirs in the dark woods surrounding this isolated community. After a logging company decimates an area of the forest, a rash of increasingly violent and unexplainable events transpires. Sheriff Paul Shields (Kevin Durand) and his deputy Donny Saunders (Lukas Haas) struggle to confront their own personal demons while facing down a new breed of raw terror that is possibly older than humanity itself… And much, much hungrier.

Dark Was the Night

This is a deliciously dark yet heartfelt monster movie, one that relies more on character drama and ratcheting up the suspense with that old-fashioned method of teasing out a wonderfully balanced mix of dread and eager anticipation. Small New England town, big woods with a deep, dark history pre-dating colonial times, protagonists struggling with their own real-world fears trying to put a real-world face on a threat they can’t fully comprehend — this is the way monster movies are supposed to be made.