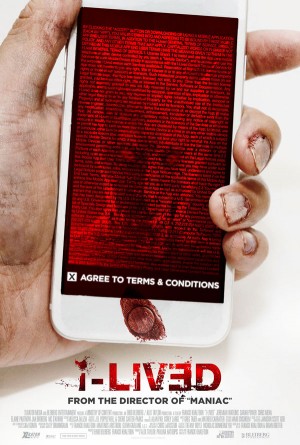 At first glance, I-Lived made me think I was getting into a zombie movie. You know, from the title. I was pleasantly surprised to find out it wasn’t. It’s not that I don’t like zombie movies, but suspense/horror is so much more fun, isn’t it?

If you LOVE suspense, I-Lived might not be the movie for you. I didn’t find it suspenseful at all. While I loved the concept behind I-Lived, I though it was poorly executed.

The premise is a “sell your soul to the devil” story. By signing on to the brand new app “I-Lived” on your Apple iPhone, you can get the life you’ve always wanted. You put in your goal and get missions from the phone telling you how to accomplish them. Seems extremely awesome to me! I mean, I’d love to have my phone tell me what I have to do to get to my goals!

The caveat is, of course, that no one reads the terms of agreement. I mean, seriously, so you? I don’t. So, when you have finally gotten all the things your heart desires, you either delete the app, or as our star Jeremiah Watkins, who plays Josh Fosse, unsubscribe. All of a sudden your life falls to worse shit than it was before you downloaded it.

To get back in the app’s good graces and getting your life going in an upward direction again, you have to commit more and more dangerous and bloody crimes. Our main character, Josh, steals a twenty-three hundred dollar suit. He kidnaps his landlady. And then has to do even more dastardly and bloody things.

There are several problems with this movie. The first is that it’s not all that scary. Once you’ve figured out the premise, which is pretty easy, especially if you read the back of the DVD cover, there’s not much that will surprise you. 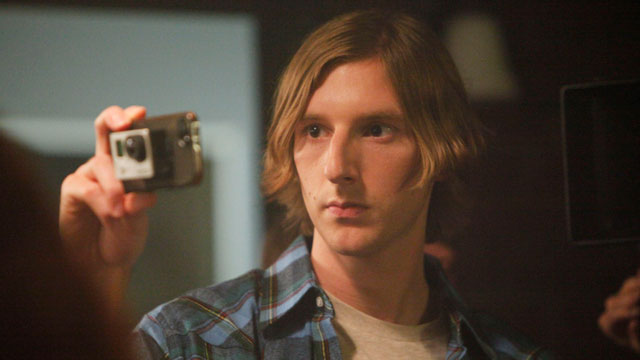 Second, the acting is kind of sub-par. I doubt we’ll be seeing much of Jeremiah Watkins or the guy who plays his BFF, Chris Mena. I found them both to be amateurish. Sarah Power, who plays Greta, was marginally better, and I’d like to see her do something a little better. When Watkins does his “online” show called “J-Tech” in the film, it’s as if he’s trying to do a Garth (from Wayne’s World) impression and failing miserably. In his defense, the writing was sub-par as well.

The premise of signing your soul over to the devil has been done. A lot. As a comedy, it was Bedazzled, with Brendan Fraser and Elizabeth Hurley. As a thriller it was The Devil’s Advocate, starring Keanu Reeves and Al Pacino. It dates back Faust and Mephistopheles. The legend was made famous in the early 20th century by the “crossroads” myth of Robert Johnson. The TV show, Supernatural, does a fabulous version of the Robert Johnson myth in the episode “Crossroad Blues,” and that was on prime time.

The updated premise of I-Lived being Devil-I, and signing your soul over to the devil by agreeing to the terms of service of an app, I thought was a good one. I just thought it was poorly executed.

The updated premise of I-Lived being Devil-I, and signing your soul over to the devil by agreeing to the terms of service of an app, I thought was a good one. I just thought it was poorly executed.