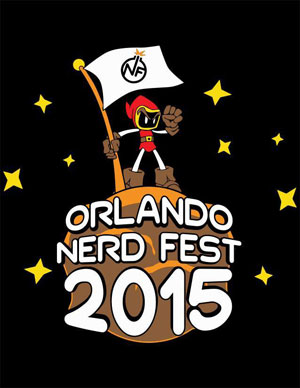 This year’s Orlando Nerd Fest will be August 8-9, at the Orlando Science Center, with before and after parties on August 7th and August 10th (find out more about the parties and the non-stop partying with Nerd Culture musicians here: http://orlandonerdfest.com/afterparty)

Performers scheduled to appear include Mega Ran, Marc with a C, Shinobi Ninja, Random Encounters, LILITH, Geekapella, and many more (their Facebook page has the latest info and performance schedules can be found on their website).

In addition to the musical guests, there will be movie screenings, including “Nerdcore Rising: The Movie”, and “Mega-Lo-Mania: A Nerd Rap Documentary”

There will be parties, merchandise, movie screenings, costume contests, and wall-to-wall nerd music. What are you waiting for?