Daisy is a “little girl with deep secrets” who longs for love. John Doe wants to find a pure woman. When two sociopaths find each other, the roses are red with blood.

Appetites is a quirky journey through horror film. The script is redolent with puns and references to other horror works and pop culture. For example, one scene where John Doe describes the pain from plastic toothpicks is a great send-up of the dentist scene in Little Shop of Horrors. The references can be subtle. Bubba and the hotel manager work together for a brief moment in one scene like Master Blaster from Mad Max: Beyond Thunderdome.

Key features of developing an emotional pathology are used in the story. Daisy’s back story is the prologue of the movie. An abusive father to his children who molests his daughter and feeds his son “long pig” in an atmosphere of The Hills Have Eyes meets Father Knows Best. (Incidentally, David Harper who plays Daisy’s father bears a striking resemblance to Brian Williams aka Lustmord, the father of the music genre, Dark Ambiance, in a Deliverance sort of way.)

John has severe issues with tattooed women due to Mommy issues which are alluded to in the early action of the story. Bret Roberts as John delivers a variable character, a touch of Norm McDonald, a helping of Jim Morrison and a thread of religious conviction. He sees himself as purifying his tattooed victims as evidenced by the repeating line, “I absolve you, baby”. Daisy (Lauren Parkinson) is an independent, gutsy “girl next door” with a love of the hunt and a taste for blood. 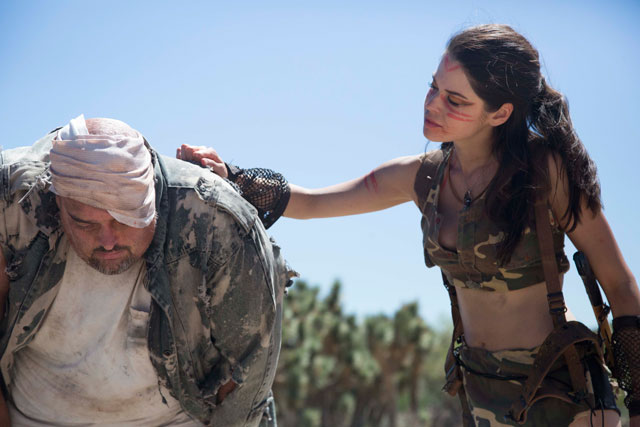 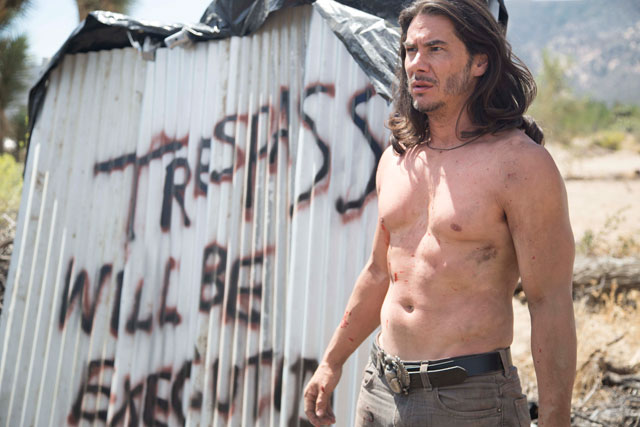 The film really takes off with the interaction of these two characters as their love story develops in the latter part of the film. They both have an appetite for blood. But it is not the same dishes. His is for the kill of the impure maiden. Hers is for the food for the Bubba. Can love survive such differences?

Before that moment, however, is a slow build-up as the individual stories are told. The beginning is more of a parody of the horror formula as it treats with taboo subjects like cannibalism, sex and incest. One character, Detective Frye (Chris Cleveland) is actually supernumerary and does not relate to the main story. The film may actually be tightened without this character. The supporting cast is solid and delivers great straight performances in contrast to the broader styles of the two main characters.

There is original music in the movie, much of it written by or with Bret Roberts. The irreverent and topical lyrics add to the Jim Morrison flavor. Bret’s singing is easy on the ears and familiar to viewers who participated in “jam sessions”. The scenery is beautiful. Filmed in the Wrightwood CA area, the parched Joshua tree laden desert contrasts with the pine woods of the small mountain town and underlines the richness and the desolation of the two main characters. Interestingly, the motel used in the film exists and if you can copy the telephone number on its sign, one might make reservations at it.

Overall, the film is a reverse mullet; party in front, all business in back, but it flows well from one to the other. It passes my test of watch-ability: I’d watch it again. 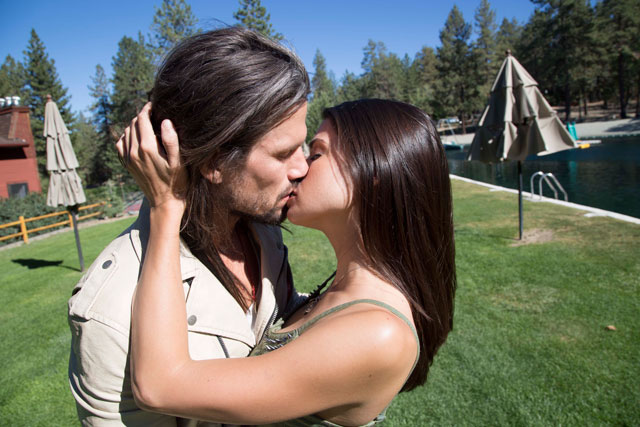 Appetites — when two sociopaths find each other, the roses are red.

Daisy is the all-American girl next door, with a hunger for true love and an appetite for murder. For years, it’s just been her and her brother living out in the desert, hunting young men for sport – and dinner. While Daisy enjoys these games, she can’t help but yearn for something more. So when she meets the very handsome John Doe, and they fall madly in love, Daisy can’t believe her good fortune. But it turns out John has some eccentric hobbies of his own, and now Daisy must find out if she will be his partner in crime — or his next victim.

Appetites is a quirky journey through horror film. When two sociopaths find each other, the roses are red with blood. They both have an appetite for blood. But it is not the same dishes. Can love survive such differences?

Laura Carrie Carroll has written under various names. From poems to three-act plays, her work has graced the printed page, the stage and cyberspace. Her current projects are an adult study in relationships, Alice Bright and Dark and Cthulhu's Teddy, a coming of age story set in a Lovecraftian town.