When I first heard George Miller was working on a new Mad Max film my first thought was “seriously?” It had been 30 years since Thunderdome and to make matters worse, Mel Gibson had faded into a self-destructive oblivion. Would a Mad Max film even attract interest? Was Mr. Miller in it for the money? Who would play Mad Max? Regardless of these questions, I remained hopeful. So after many years of waiting, does Road to Fury deliver? Hell yes!!

Mad Max: Fury Road will crush you with its carnage of twisted metal and devilish gore. This film is pure in raw emotion and horrific undertones. In fact, I can’t remember the last time a movie left me with such an emotional buzz. It’s that good!

Like the previous movies, Fury Road takes place in a post-apocalyptic world wrought with starvation and violence. Apparently “The Oil Wars” ended modern civilization reducing it to a hellish wasteland.

At the start, we’re introduced to Max (played by Tom Hardy) who is fighting to escape the “War Boys”. This opening sequence greets us with high octane thrills born from Detroit muscle. You won’t find any electric cars in this world! The War Boys are a group of pasty white sickly mutants led by a ghoulish figure by the name of Immortan Joe. Once Mad Max is captured, he’s brought to the “War Boys” mountainside fortress named the Citadel. Apparently, Max is sought after for his blood type and healthy organs which will in turn help treat the sickly War Boys. Since Immortan Joe controls everything from water to oil, his people suffer while he lives like a king. In fact, Joe is viewed as some biblical messiah by playing on the fears of his people. 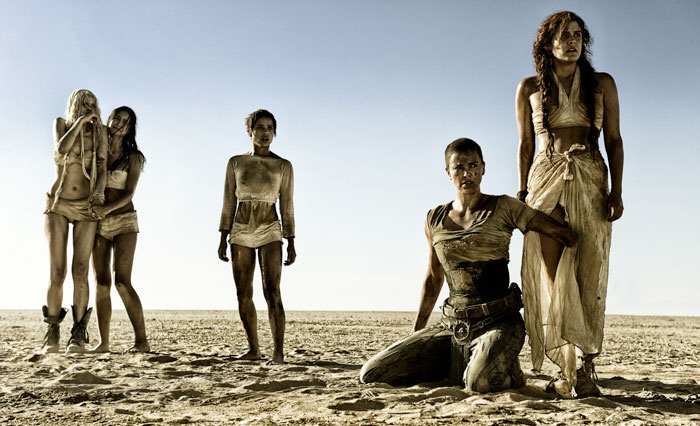 To further quench his lust for petrol, Imomortan Joe commands a convoy be led by a character named Furiosa (played by Charlize Theron) in an effort to steal oil from a neighboring city. After a glorious celebration announcing this quest, Furiosa changes the plan by stealing Joe’s five slave wives and attempts to break free to discover the “Green place”. It’s believed the Green Place is a Nirvana of vegetation brimming with life and hope.

Upon discovering her betrayal, Joe commands his best warriors to track Furiosa down. It’s here we’re first introduced to War Boy Nux (played by Nicholas Hoult). This character embodies all of the qualities of a monster yet comes across as a lost innocent boy. In fact, I found myself quietly cheering for him. Nicholas does an amazing job with this character. 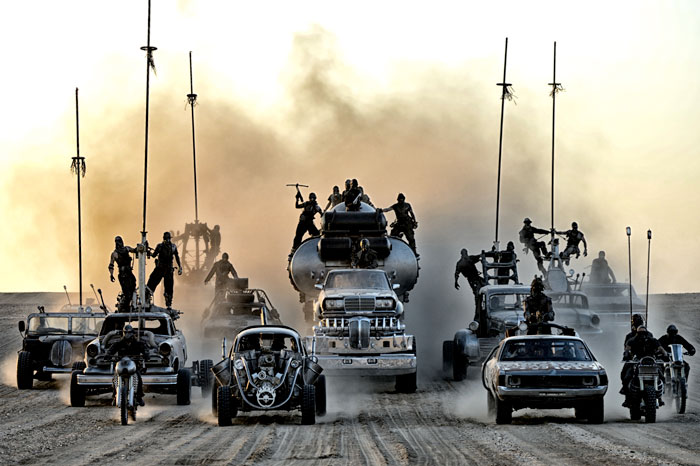 Once the chase starts, Fury Road explodes to a whole new level of speed and excitement. It’s 0 – 200 in one gear change. The action sequences are amazing and wonderfully mesmerizing. It didn’t even matter the story was forgettable because the moxie is in the metal. Heavy metal carnage!

To enhance this symphony of wonderful anarchy, Charlize Theron is unforgettable as Furosia. She walks around with a constant scowl yet carries a brooding innocence all the while. This is a warrior that despite missing a hand could hold her own against any man or woman. 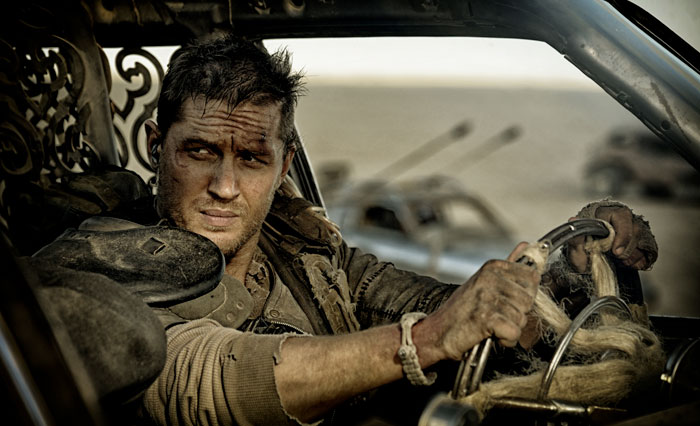 Tom Hardy is also enjoyable as Mad Max although I can’t say it’s a huge upgrade from Mel’s part. Maybe in time, Tom will develop the Max character more.

From start to finish, this movie will grab you and never let go. George Miller has finally delivered his Magnus Opus. This opera of blood, fire and sand will now add to the wonderful mythology of Mad Max. Welcome back you crazy fool.

Mad Max: Fury Road will crush you with its carnage of twisted metal and devilish gore. This film is pure in raw emotion and horrific undertones. In fact, I can’t remember the last time a movie left me with such an emotional buzz. It’s that good!