The Doctor Who Symphonic Spectacular, a live show, which sold out when it premiered in Australia, will be staged for the first time in the US at Barclays Center in Brooklyn, New York on Wednesday October 7, 2015. The event, produced and presented by Vision Nine, will be one of the headline events of New York Super Week, which takes over the city October 5-11 in the lead-up to the main event New York Comic Con, taking place October 8-11 at the Javits Center.

The show will be hosted by actor Michelle Gomez who portrays Missy, the latest incarnation of the Doctor’s arch-nemesis the Master. She first appeared on-screen in 2014 and returns to Doctor Who in the new season scheduled to air on BBC AMERICA this fall.

Michelle Gomez comments, “I was a big fan of Doctor Who before I joined the cast, and I love Murray Gold’s powerful and emotional soundtracks for the series. This live show has been a big hit with fans of the series in other countries, and I know that Doctor Who fans in North America have been waiting for their turn to see it. I’m so excited to be presenting the first-ever American performances, and to be doing this in the city that has become my home. I can’t wait ’til this fall to see how the amazing U.S. audience reacts to the show being staged in the Big Apple. I’m honored to be a part of it.”

The Doctor Who Symphonic Spectacular, which celebrates the world’s longest running science fiction TV series, features the captivating and award-winning music of Murray Gold who has composed for the series since 2005. The show will feature over 100 musicians and singers under the talented conducting baton of Ben Foster (conductor, The Theory of Everything). 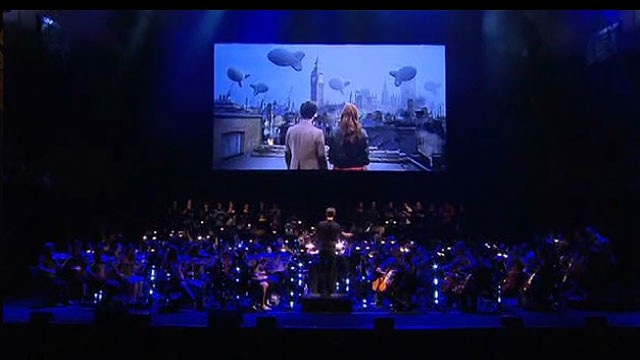 Fans can expect to see some of the Doctor’s most fearsome adversaries live on stage including Daleks, Cybermen, Judoon, Whispermen, and more. The live performance will be accompanied by a big screen presentation of key moments and specially edited sequences from the past decade of Doctor Who.

More information about the show and tickets can be found on the official website at www.doctorwhosymphonicspectacular.com

Tickets will be available to buy from www.barclayscenter.com, by phone at 800-745-3000, or at the American Express Box Office at Barclays Center beginning Friday, May 8 at noon.

Suggested age: 6 years upwards
(this recommendation is based on the nature and duration of the show; younger ticketholders will be admitted)

All children must be accompanied by at least one adult.

For more information about the UK performance dates and locations (May 23-29 2015), visit http://www.doctorwho.tv/events/doctor-who-symphonic-spectacular/uk-2015/. The UK shows will be conducted by Ben Foster, and hosted by Peter Davison, the Fifth Doctor.