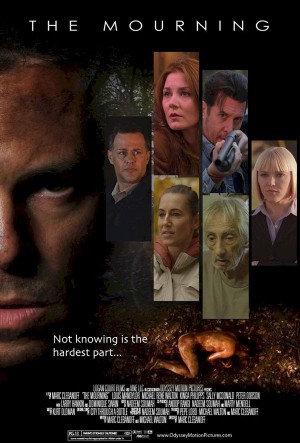 On this special Slice of SciFi episode, Summer, Tim Callender and Jill Heller review and discuss The Mourning, a supernatural thriller about the sudden return home of a man who was declared MIA and presumed killed during Desert Storm, and the mystery surrounding where he’s been for 20 years and why he hasn’t aged a day since then. The story revolves around the people who loved him the most, and how they deal with their emotions about his disappearance and the unresolved issues his reappearance triggers.

Warning: There are plenty of spoilers included in this discussion.

Our reactions to the movie were mixed and varied wildly, much of it arising from confusion about ambiguities in the story that might have been introduced to heighten the mystery but instead managed to confuse the story points so much that it raised questions about whether we as viewers might have missed something while watching the film.

The fact that Tim and Jill argued about the movie for several hours after watching it means that the questions raised accomplished what the filmmakers were hoping, but a little more clarity about a few things might have made a pretty engaging film a few notches better.

Want to add your comments? Use the Slice of SciFi App, or leave a voice message at 602-635-6976, or just email Summer with a comment you’ve recorded!