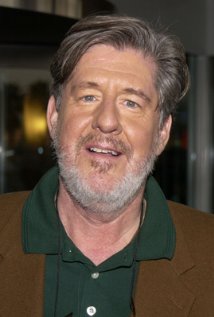 His towering height, good looks and classical voice made it almost impossible to ignore this fine actor regardless of the size of the screen or stage he was performing on.

Edward Herrmann was a dynamic force to be reckoned with and any role he tackled, be it large or small, was always a scene stealer indeed.

Herrmann began his career in acting in 1971 with a small uncredited role in a long forgotten film and in just two years was already burning up the screen with his presence in films like “The Paper Chase,” “The Day of the Dolphin,” “The Great Gatsby” and “The Great Waldo Pepper.” Almost overnight he went from a relative unknown to one of the most sought after character actors in show business.

He has starred as Franklin D. Roosevelt, Lou Gehrig, Senators, Judges, Governors and even a chief vampire in “The Lost Boys.” There was very little he couldn’t do and tackled whatever the role with dignity, grace and humility.

Herrmann has been called one of the kindest and gentlest souls to have ever come out of Hollywood and he will be truly missed.

Edward Herrmann dead of brain cancer at the age of 71.