Thanksgiving is over and many are now feeling the soothing effects of tryptophan from devouring the sacrificial turkey. Netflix takes this euphoric time of the year to take away what it has graciously given.

Every December the live streaming service removes a large portion of its programming but it also showers its subscribers with a bevy of new offerings and this season is no different.

Saying goodbye to the live stream this year are such fan favorites as Star Trek: Generations, The Serpent and the Rainbow, The Sci-Fi Boys, RoboCop 2, Count Yorga: Vampire and the sequel The Return of Count Yorga. Also soon to disappear in just a matter of days will be Mission Impossible III, Event Horizon, Audrey Rose, Johnny Mnemonic and Invaders From Mars. Finally you will have to say so long to The Vampire Lovers and Night of the Creeps.

To soften the blow for sci-fi/horror and fantasy genre fans the omnipotent Netflix will be adding a host of new programming that may soothe the savage beast that lies within its live streaming viewers. Beginning December 1 and throughout that special holiday month look for the addition of I, Frankenstein, Dark Skies, Paranormal Activity: The Marked Ones, The Village, A Haunted House and … wait for it … Sharknado 2: The Second One. One film I am looking forward to that will now be available on the service is Knights of Badassdom starring the Emmy winner from Game of Thrones – Peter Dinklage. Also on the list of new entries are American Horror Story: Coven, Out of Time and the supernatural thriller Oculus starring Doctor Who’s Karen Gillan and everybody’s favorite Battlestar babe Katee Sackhoff. 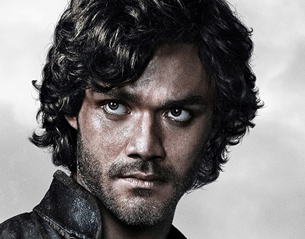 Finally, Netflix has been really burning up the entertainment world with its originally produced programs such as the multi-award winning House of Cards, Orange Is the New Black and Lilyhammer. The streaming giant hopes to continue its track record with a new online series called Marco Polo with a bright new cast of young up and comers headlined by Lorenzo Richelmy (Borgia, Fat Cat) in the title role of the famed 13th Century explorer noted for opening up the first East-West trade route to China in the midst of all the “greed, betrayal” and sexual tension running rampant in the court of the notorious Kublai Khan. Marco Polo will debut on December 12.

Prepare for a new season of binge watching your favorite series’ and films while being introduced to a line of new programming.