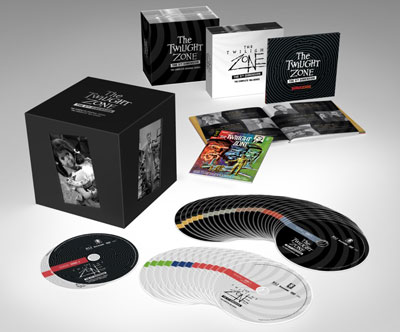 In addition to the two beloved series (225 episodes combined), and more than 20 hours of bonus features listed below, The Twilight Zone: The 5th Dimension Limited Edition Box Set contains one of four possible collectible 1960s Twilight Zone comic books. Limited Edition packaging features 3D black and white lenticulars and a serialized number on each of the box sets.

Over 20 hours of bonus features include: