True Confession: I saw displays for Big Hero 6 at San Diego Comic-Con this year. And I ignored them. I don’t know much about the comic and have never read it and, for whatever reason, I didn’t find the visuals compelling enough to stop and learn more. Since then, I’ve seen some trailers for the movie, and it looked cute and funny, and I’m a total animation fangirl of the highest order, so it’s animated, I figured I kind of wanted to see it. But what interested me the most was that the hubs was interested in the movie. We have no little kids around at the moment, so him wanting to see an animated movie (one of my areas of, as stated, major fangirl interest, but not his) was a little shocking.

Him liking it as much as I did was more so.

Big Hero 6 is set in San Fransokyo, so we’re either in an alternate or, based on the backgrounds, a future Earth for the movie (since the comics characters were first introduce in Alpha Flight #17 in 1998, I doubt the comic was set anywhere but present day). We follow Hiro Hamada who, at 14, is a prodigy and robotics genius. His big brother, Tadashi, is also a scientific genius. They’re orphans living with their Aunt Cass for the last 11 years, but they’re a functional family anyway, albeit a quirky one. However, Hiro isn’t into the idea of higher education – he doesn’t think he needs it (and in some ways, he’s right), but Tadashi wants his little brother to strive and achieve, to use his brain for something other than conning people at Bot Battle tournaments.

Tadashi tricks Hiro into coming to his lab at the San Fransokyo Technical Institute, where Hiro meets Go Go, Wasabi, Honey Lemon, and Fred, and falls in love with the idea of joining all of them and his brother at Nerd School. He also gets to meet Baymax, the comforting inflatable nurse robot Tadashi has created. Baymax looks like a benign version of the Staypuft Marshmallow Man, intentionally. Baymax is also a great physical comedian, unintentionally in the movie, very intentionally on the part of the movie-makers.

In order to be accepted into the elite science program at the University, Hiro has to come up with a great idea for the university’s science fair, and he does. In fact, he comes up with something amazing and worth stealing – and worth killing for.

That someone important to Hiro is going to die (after already losing both mother and father offscreen before the movie ever begins) is a given, so be prepared if you’re taking little ones. That Hiro and the rest of the Nerd Gang are going to end up finding the stolen robotics and saving the day is also a given, but it’s a fun given, sort of the Avengers assembling, if the Avengers were all Tony Stark without (mostly) the money.

The animation is stellar, there were points where I literally forgot we were watching an animated film. The look of the movie is Blade Runner done by Disney (but, I hated Blade Runner and love Disney, so coming from me, this is a compliment, not a complaint), a beautiful, futuristic meld of U.S. and Asian architecture with no pollution (so, a utopia vs. Blade Runner’s dystopia).

The script is great, funny, exciting, and moving, and the feel of the movie is Real Genius with a little bit of benign Terminator 2 mixed in. Yes, I’m really talking about Real Genius, that Val Kilmer movie from so very long ago now. The one that celebrated the fact that smart people are cool and fun and attractive and, well, freaking smart. Big Hero 6 does several bold things that endeared me to it right away, but the thing I loved the most was that every character in the movie is hella smart and no one apologizes for it, makes it seem unusual or out of the ordinary or embarrassing, or discovers that brawn is better than brains. Brains, and heart, are what matters the most in this movie. Being smart is celebrated as the coolest thing you can be. Smart little kids – who are on their way to being bullied at school – should be taken to this movie and shown that they’re the cool ones.

Among the other bold choices – the main characters are Amerasian, and how often do we see that, everyone other than Hiro is in college and is college-aged or above, and there is absolutely no romance in the movie at all. I know, it’s aimed at kids, but still, most Disney and Pixar movies have some kind of romance going on, but in this one there is none. I like romance a lot, don’t get me wrong, but it was refreshing to not have a love story shoved into this movie. The love is between friends and family… and robot.

Because of course Baymax – the gentle, caring robot Tadashi created – is who both gets Hiro to move on from his loss and helps Hiro get past rage and revenge. Baymax, and the other, older kids, are who enable Hiro to save the day. Yes, Hiro does most of heavy lifting, but certainly not all of it. As with any team, each one of the six brings their own quirks and interests into their superhero persona and abilities. And as with any team, each one of them has to function as a team or they all go down. And yes, there is a sacrifice for the greater good, just like in Guardians of the Galaxy. (And just like in GotG, it works out okay in the end.)

There is an animated short that precedes the movie, Feast. I spent the entire thing waiting for something horrible to happen – I have no idea why, mind you, since it’s an animated short going in front of a Disney movie, but I did. However, nothing horrible at all happens. It’s sweet and cute and the little moments of sadness are overcome quickly and happily. Don’t go to the bathroom or the snack bar and miss it, because it’s definitely worth watching. Though the kids will probably want a dog (or another dog) after they see it.

And do not, I repeat, do not leave until the credits are done. This is a Disney movie made from a Marvel Comics property – not only is there a Stan Lee cameo where you least expect it (but it’s awesome), but there is a long, awesome extra at the end of the credits. In my packed theater, only a handful of us waited and so only a handful of us saw it – and we all laughed at the impatient ones who raced out and missed this. Don’t be one of them. Wait it out – you’ll be glad you did. 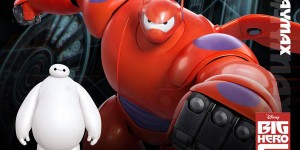 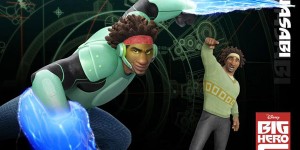 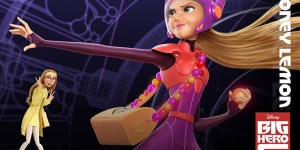 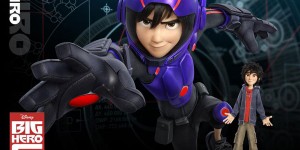 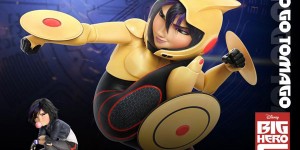 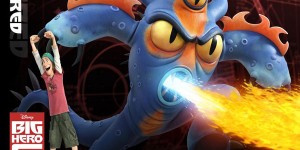