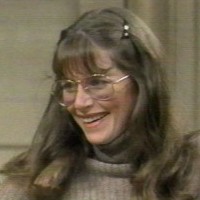 Marcia Strassman, known for her roles on the TV show Welcome Back Kotter and the series of Honey I Shrunk the Kids movies, has died at the age of 66 after a long and unsuccessful struggle with breast cancer.

Strassman began her professional career at age 18 as a singer. She was a flower child singer with a couple of hit songs in the 1960’s. However, she gave up singing for acting and appeared in such iconic shows as The Patty Duke Show and was a semi-regular on M.A.S.H., starring Alan Alda in the lead.

Strassman got her big break playing the wife of co-star Gabe Kaplan in the hit TV series Welcome Back Kotter, which made a household name out of soon to be big screen star John Travolta. After her successful gig on Kotter she went on to star in other shows on the small screen but nothing with the hit potential of Welcome Back Kotter.

Finally, in the mid 1980’s she was offered a big screen role that made her a hit with children all over the world. Co-starring with Second City’s Rick Moranis (Ghostbusters) in two of Disney’s biggest 1990’s box office films — Honey I Shrunk the Kids and its sequel Honey I Blew Up the Kids.

With the onset of breast cancer (2007) she slowed down her acting pace and became more active in the political end of the entertainment industry serving on the national board of the Screen Actor’s Guild for a three year term from 2010 to 2013.

Those who wish to honor Strassman are encouraged by her family to give a donation in her name to organizations fighting breast cancer.