Also included is Batman: The Birth of the Modern Blockbuster — a look at the phenomenal marketing, extensive merchandising and franchise foresight that set the template for the next 25-years of tentpole pictures.

In addition to releasing Batman 25th Anniversary Two-Disc Edition, WBHE will also feature the highly anticipated release of the 1960s Batman: The Complete Television Series for the first time ever. Other new home entertainment releases include animated films Son of Batman and Batman: Assault on Arkham as separate celebration releases.

In 1989, director Tim Burton breathed new life into one of the most complex and intriguing characters in popular culture. Burton cast off the 1960s camp depiction of the Dark Knight and launched for Warner Bros. one of the most popular comic book film series ever. Batman was the top-grossing movie that year and subsequently became a global phenomenon.

Tim Burton’s vision and Michael Keaton’s performance as the Caped Crusader combine perfectly to capture Gotham City’s sinister atmosphere and Batman’s brooding nature. Jack Nicholson stars in a memorable performance as the maniacal Joker and Kim Basinger is Vicki Vale, the beautiful and resourceful photojournalist desired by both men. Featuring songs by Prince and a score by Danny Elfman, Batman won the 1990 Oscar for Best Art Direction/Set Decoration (Anton Furst and Peter Young). 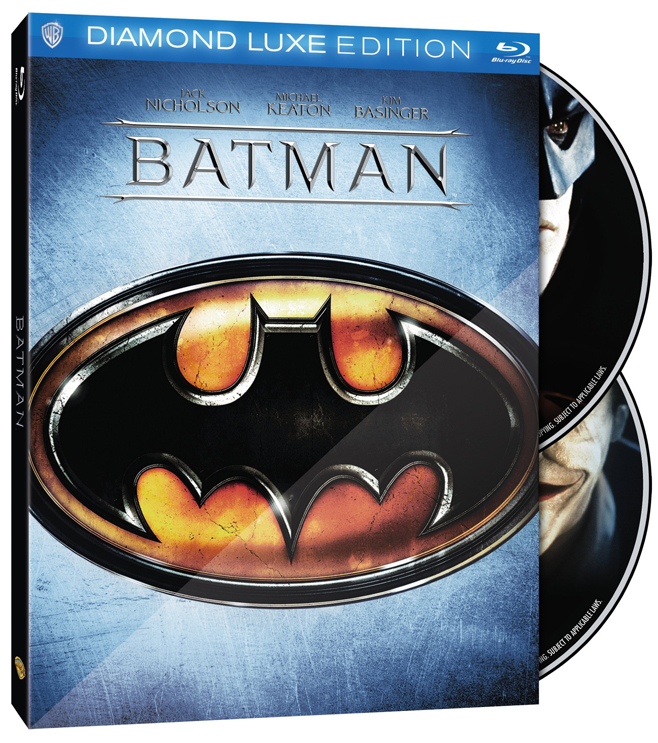