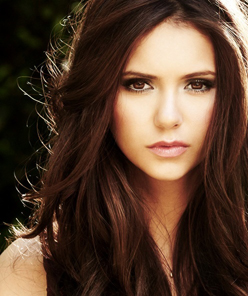 Actress Nina Dobrev, who stars as Elena, and a host of other doppelgängers on the long running vampire show will pay a visit to The Big Easy as Tatia [the original ancient Elena], according to E! Online.

In an exclusive interview with showrunner and head guru Julie Plec reporter Kristin Dos Santos got the latest FYI from the set of the show.

“There’s a lot of people that could cross over, and when we plan our crossovers, we like to think of the most clever way to integrate The Vampire Diaries mythology into The Originals mythology,” Plec told Santos. “There was a character’s name introduced a long time ago in season three in association with Klaus [Joseph Morgan] and Elijah [Daniel Gillies] and how they became vampires and a girl that they both loved a long time ago who was the original doppelgänger, Tatia. So Nina Dobrev will be visiting The Originals for a nice little storyline in our fifth episode which airs November 3.”

Both shows return in October on The CW Network. The Vampire Diaries season six premieres on October 2nd with The Originals second season bow taking place on October 6th.

For those who may need a reminder here is the scene in which Klaus tells the Salvatore brothers a little bit about Tatia, the original Petrova, the girl he and Elijah both loved and would spend decades fighting over.