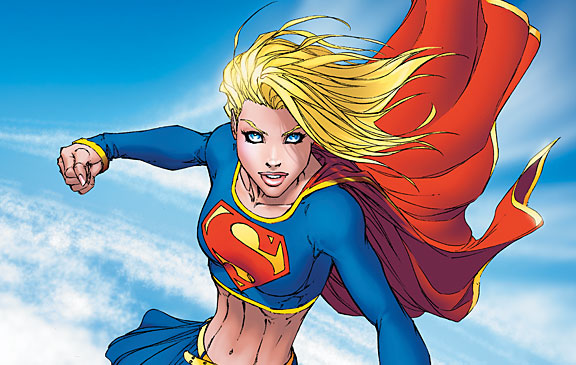 Warner Bros. is working to get a new television property off the ground. It it succeeds another member of the DC universe will join the growing array of superheroes from that franchise. This time it is Supergirl.

The Hollywood Reporter released that Greg Berlanti (Arrow, The Flash, Green Lantern) will produce and Ali Adler (Chuck, No Ordinary Family) has been tagged by Warner to use her mighty pen to adapt Supergirl for the small screen. Also onboard the project is Geoff Johns, CCO of DC Comics.

At the moment everything for this live-action show is in the early stages of development. No official title, no network; though should it get a pick-up The CW, home of Arrow and The Flash, would be a likely network for the series.

Supergirl made it to the big screen in 1984 and starred Helen Slater in the title role with a huge supporting cast that included Faye Dunaway, Peter O’Toole, Peter Cook and Mia Farrow. The film received a great deal of publicity hype at the time but didn’t meet fan expectations and soon became a forgotten movie. Film critic Roger Ebert in his review on January 1, 1984 said of Supergirl — “…an unhappy, unfunny, unexciting movie. Why even go to the trouble of making a movie that feels like it’s laughing at itself?”