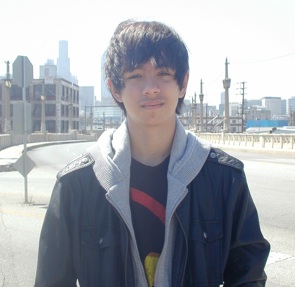 Some of today’s greatest filmmakers fell in love with the art of movie creation at a very early age. Steven Spielberg, considered one of the most influential filmmakers of the 20th and 21st Century began his love affair with making movies at the age of 12 when he was introduced to his first 8mm camera.

Another giant in the film industry is George Lucas. He started a bit later than Spielberg but by age 18, equipped with his own 8mm camera, Lucas began shooting movies of his teenage passion, cars and auto-racing. By 1973 that love of filming race cars turned into the cult-classic American Graffiti. Just four years later he moved from the race track to outer space and the rest is blockbuster history.

Today young filmmakers have even greater opportunities to turn their love of film and movie making into a highly creative release for their own particular passion. With the internet, sites like YouTube and Crackle, as well as, access to low cost state-of-the-art equipment the young creative mind can go where the likes of a young Spielberg and Lucas could only dream about.

One of today’s more imaginative film artists is a 15-year old young man named Nick Mastrangelo from Sherman Oaks, California. Like Spielberg, Nick began his filmmaking career at the age of 12 when he entered his first movie creation for the San Diego Comic Con, the WonderCon and LACMA film festivals.

Now at 15 Mastrangelo has stepped it up a notch with his latest animated film called Trash Encounter. The story centers around an abandoned dog that is attacked by wild hounds and left for dead in a junkyard but is rescued by an alien from another world who has crashed into the junkyard.

Check out Nick’s tribute to Daryl Dixon (Norman Reedus) in this animated video: