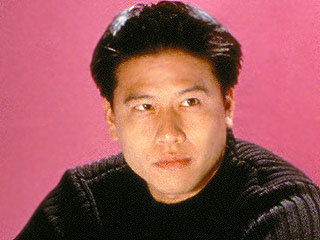 Star Trek: Axanar writer/producer Alec Peters has announced that Garrett Wang, “Harry Kim” in Star Trek: Voyager, has joined the cast of Axanar. Garrett will play the Klingon Commander of the first D-7 to enter the war.

“I decided I wanted Garrett on Axanar after seeing him at FEDCON in Germany,” stated Peters. “Garrett is not only an accomplished actor, but a fantastic presence on stage. After watching him on stage with Roxanne Dawson, I decided that Axanar could benefit immensely from both his acting and his enthusiasm for Star Trek.”

Wang became hooked on Axanar after viewing the indie short film Prelude to Axanar during the Las Vegas Star Trek convention. After seeing the quality of the production he jumped on with one caveat — “I want to play a Klingon.” Garrett got his wish and fans will see him don the Klingon warrior uniform and those infamous skull ridges.