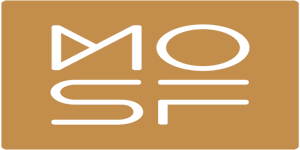 The Museum of Science Fiction, the world’s first comprehensive science fiction museum, and the District of Columbia Public Library, today announced a partnership to enhance science fiction literacy and project-based learning within the community. The organizations will collaborate on events and initiatives that highlight science fiction’s role in inspiring generations of scientists, artists, and dreamers.

“Our partnership with the DC Public Library is an ideal opportunity to augment science-science fiction education and excitement for the DC metro area,” said Greg Viggiano, the Museum of Science Fiction’s executive director. “By joining forces, we will bring science and science fiction to a wider audience while highlighting its cultural and historical importance.”

As part of the partnership, the Museum of Science Fiction will curate exhibitions and co-host a fall film festival in DC Public Library facilities that highlight science fiction across multiple media. The film festival, opening Sept. 4 and continuing through this fall, will showcase popular science fiction movies at the Martin Luther King Jr. Memorial Library at 901 G St NW, Washington, DC. Free tickets to the opening night will be available via the Museum’s Facebook page: facebook.com/museumofsciencefiction

As the title of each film will not be publicized, the Museum will hold a contest and provide clues to guess the name of the film before each screening. An Amazon Kindle reader will be awarded to the winner before each film. To participate in the contests, connect with the Museum of Science Fiction on: facebook.com/museumofsciencefiction

In addition to the film festival, both groups will collaborate on community events such as book signings, lectures, and discussion panels to highlight the creative process of science-science fiction writers and artists. Special events for teachers, student groups, government, and nonprofit organizations also will be presented.