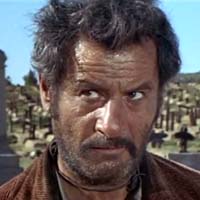 Eli Wallach, star of stage, screen and television has died at the age of 98.

Wallach, considered one of the best of the best in character acting had a diverse career that included not only acting but also filling the role of producer, stage director and author.

The son of Jewish immigrants from Poland Wallach was the first in his family to gain an American college education earning his Masters of Education; served with distinction as a second lieutenant in World War II as a mobile hospital administrator where he got the bug for entertainment after writing his first stage play with members of his Army unit. 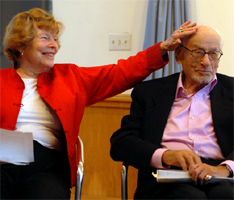 After the war Wallach put his medical administrative training aside to pursue acting and attended the New York Dramatic Workshop of the New School. It was there that he met and studied with other future acting and directing greats Marlon Brando, Marilyn Monroe, Montgomery Clift, Sidney Lumet and Anne Jackson, whom he later married. His marriage to Jackson was one of the few successful Hollywood marriages from that era, lasting from 1948 until his death, a total of 66 years.

Wallach’s first big film break would forever land him in the spotlight starring alongside another rising star Karl Malden in the 1956 Elia Kazan controversial movie Baby Doll. After that the rest, as the say, was history. He went on to star in some of the most landmark and indelible films and stage productions in entertainment history. On Broadway he worked on The Rose Tattoo, Mister Roberts, The Teahouse of the August Moon, the first production centering on an aging homosexual couple called Staircase. His film career after “Baby Doll” boasted of such history making movies as The Misfits with Clark Gable and fellow acting school buddy Marilyn Monroe, the first internationally successful spaghetti western – The Good, the Bad and the Ugly with Clint Eastwood, another of his films that changed the face of westerns was The Magnificent Seven with Yul Brynner and showing his comic chops in How To Steal a Million with Audrey Hepburn. However, the role he is likely to be remembered most for, besides playing “Ugly” will be that of Don Altobello, the backstabbing crime lord in The Godfather: Part III. His performance in the third installment of the film series was one of the few bright spots. 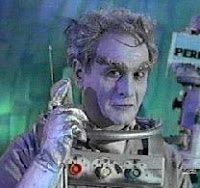 As television grew in the 1950’s and early 1960’s so did his appearances on the small screen with guest spots on shows like Playhouse 90, The Philco Comedy Hour, the Hallmark Hall of Fame and Armstrong Circle Theatre. He played Mr. Freeze in the Batman series starring Adam West. He often commented that he got more fan mail from that appearance than in anything he had ever done before or since. Wallach returned to television in 2006 for a guest appearances in Matthew Perry’s highly acclaimed but short-lived series Studio 60 on the Sunset Strip and for one last time in 2009 alongside Edie Falco in Showtime’s Nurse Jackie.

Like many of the greats of his era awards were view while accolades abounded. He was awarded the AMPAS Governors Award by the Academy of Motion Pictures Arts and Sciences in 2011 “for a lifetime’s worth of indelible screen characters,” but was never nominated for an Academy Award during his entire 63-year career. He won a Primetime Emmy Award for his 1966 dramatic performance in Poppies Are Also Flowers. Wallach even won a Grammy Award for his spoken word contribution to The Complete Shakespeare Sonnets.

Wallach’s last big screen appearance was in the “Wall Street” 2010 film sequel Wall Street: Money Never Sleeps. He has one short-film currently in post-production titled The Train where he plays a holocaust survivor who teaches a self-consumed and preoccupied young man just how much life can change in a single moment.

Eli Wallach, one of the respected masters of entertainment has died at the grand age of 98.