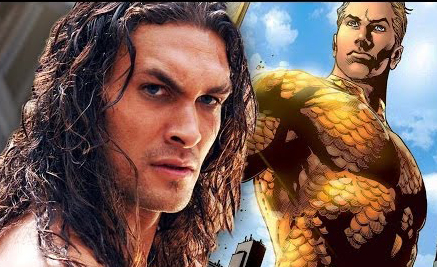 After nearly a year from the rumor mill that Aquaman had been cast with former Stargate Atlantis and Game of Thrones actor Jason Momoa we can now lay those rumors to rest.

Momoa will be your next big screen ocean loving superhero. He will make his first appearance as Arthur Curry/Aquaman for the new Zack Snyder flick Batman v Superman: Dawn of Justice. An official announcement from Warner Bros/DC Entertainment will be forthcoming but the deal is in the bag. In another bit of Aquaman news Hitfix is reporting that Snyder “has already finalized his designs for the character so shooting can take place soon.”

Since this is breaking news the amount of screen time Aquaman will receive in this Batman v Superman film or what his role will be in what is surely a cleanup effort to restore Superman’s destructive image after that horrific Man of Steel ending are unknown but it will likely be a simple cameo or intro type scene that can jump start the Justice League Movie due out in May 2017.

Stay tuned to Slice of SciFi for updates.