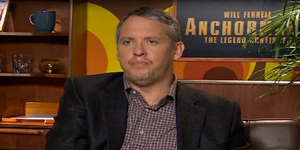 Ant-Man is having a helluva time making its way to the big screen. The Marvel Studios production took another hit today with the announcement it has lost director number two.

The first confirmed director Edgar Wright (The World’s End, Shaun of the Dead) backed out of the project a week ago for reasons unknown…..let’s call it “creative differences” to sound like we really know.

Next up on the list was the Anchorman franchise’s Adam McKay. Whoops….there he goes. McKay walked away from negotiations this morning, again, reasons unknown.

Whose next on Marvel president Kevin Feige’s list of A-List helmer’s? Rumor has it three and four (not necessarily in that order) are Ruben Fleischer of Gangster Squad fame and Marshall Thurber, the guy behind last year’s sleeper hit We’re the Millers.

At the film’s current rate anyone reading this could get a knock on their door or a voicemail message from Feige begging an audience and making you an offer.