Vic Mignogna and the Star Trek Continues team released this poster for their latest episode to get its world premiere during an event this June in Sydney, Australia!

Little is known about the episode at this time, however, it is a sequel to a fan-favorite from the original series. Spock is sporting a goatee – can you guess the TOS episode?

The third episode was shot earlier this year and was funded as part of a successful Kickstarter that ran at the end of 2013.

Much of the cast and crew will be in Sydney for the premiere and more information can be found on the Star Trek Continues website as the launch date nears.

Meanwhile, enjoy the poster created by Vic Mignogna himself! 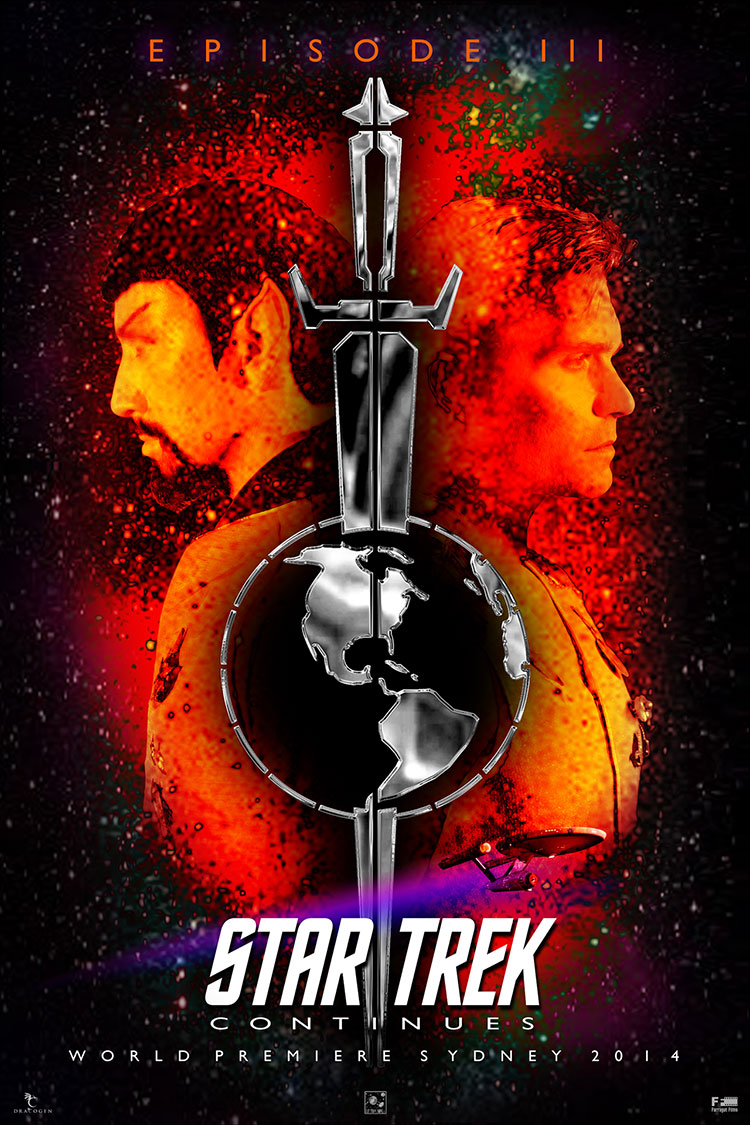