David S. Goyer’s (The Dark Knight, Man of Steel) gestating Phantom Four horror production of The Forest has been picked up by Focus Features and Lava Bear Films.

Goyer originally tackled the script somewhere back in time but now has tapped Sarah Cornwell to do a re-write. This will be Cornwell’s first major film. She is currently penning the screenplay for Demon Camp. Goyer has chosen Jason Zada (Take This Lollipop) to direct the feature. This will also be Zada’s first major long-form motion picture as director.

While Goyer will stay with the project as producer, most of his time over the next year will be spent working on the highly anticipated Superman sequel which will see Batman joining the mix for Batman Vs. Superman, starring Ben Affleck and Henry Cavill in their respective roles. 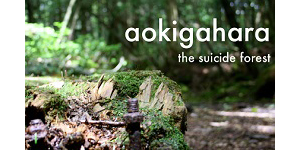 The Forest takes place at a real-life wilderness area in Japan known as Aokigahara. As real uncovered skeletons prove the famed forest is the destination spot for those wishing to end their lives via ritual suicide. However, when an American visits the location to try and find her twin sister last seen there, she encounters the souls of all those who have ended their lives previous to her entering the area — and they are not happy to see her.

A cast of actors has yet to be chosen for The Forest which has been given a tentative release date of January 8, 2016.