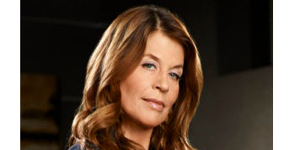 The quintessential badass babe of sci-fi is BACK! Linda Hamilton has signed on to be a new focal point for season two of the Syfy Channel’s landmark series Defiance.

Hamilton joins the cast as Pilar McCawley wife of one of the show’ s antagonists Rafe McCawley (Graham Greene), according to a report in Variety. Pilar was only alluded to in season one and after some time away after being stranded by family when she attempted to kill her own kids, she has returned with an agenda known only to her. Fans should be in for a real treat because if anybody knows how to play crazy and sweet at the same time with a touch of killer instinct it’s Linda Hamilton.