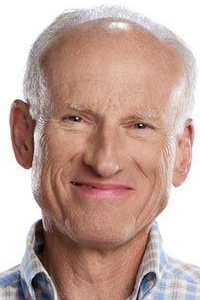 One of Hollywood’s most prolific actors has died today. James Rebhorn passed away in his home at the age of 65.

Rebhorn most recently starred as the father of Carrie Mathison (Claire Danes) on the hit award winning Showtime series Homeland. His other notable TV roles over a fifty-year career in show business included stints on White Collar, Seinfeld, The Practice, Boston Legal, Third Watch, Law and Order and just about every comedy and serious drama series telecast over the last five decades. One of his most memorable early roles was on the CBS daytime soap opera The Guiding Light.

Rebhorn’s film career was just as successful with upfront and many times scene stealing character parts in films like Scent of a Woman, Silkwood, Basic Instinct, Guarding Tess, Lorenzo’s Oil and the sci-fi blockbuster Independence Day.

As a member of the Roundabout Theater Company James was just as much at home on the stage as he was in front of the camera. One of his most heralded roles in front of the footlights was in Too Much Too Much, Too Many on Broadway in which he portrayed a man suffering from Alzheimer’s disease.

Rebhorn was so prolific as an actor one would be hard-pressed to find another character actor working today that could top his range and scope as a thespian.

James Rebhorn will be missed.