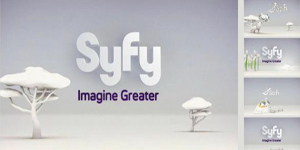 SyFy will be moving farther and farther away from it’s B-Movie and non-science fiction programming reputation, according to The Hollywood Reporter (THR).

In an effort to rebrand itself as a more serious landing pad for good science fiction The SyFy Channel (aka Wrestling World) has decided its days of presenting low budget B-movie and reality-style entertainment will go the way of the dinosaur, or sharknado-saur. While its Sharknado films have garnered it a small loyal following of geekdom it has also brought it a large share of criticism and the bigwigs over at the network’s parent company, NBC Universal (NBCU), have decided their expansion efforts in large part have failed to bring a larger crowd of non-niche viewers, but just the opposite, it has cost them their real audience, the very expressive and loyal sci-fi fans who have been leaving by the droves since the name-change and expanded non-sci-fi programming experiment took place a few years ago.

“We want to be the best science fiction channel that we possibly can,” said SyFy president Dave Howe. “And in some respects, that means going back to the more traditional sci-fi/fantasy that fans often say they feel we’ve exited. We’re going to occupy that space in a way we haven’t for the past few years.”

This is great news for all those science fiction fans that have had to rely on non-traditional networks to get their genre fix for several years which has cost them more in the way of dollars from their pockets as some of the best sci-fi/fantasy programming has come from pay networks such as HBO and Showtime.

SyFy is looking for its next Battlestar Galactica and that is the main reason it has decided to stop putting its resources in continuing some favorites on the channel they feel have run their course, such as Being Human and Warehouse 13. While these are fair ratings shows the network wants the time, money and people resources spent on them to go toward more expansive, grittier and sci-fi centered programming along the lines of Battlestar Galactica and its current blockbuster hits like Defiance and its international entry of Continuum. With those two latter programs the network has seen a return of its most important 18-to-40 male demographic and NBCU wants to build on that success.

According to THR the SyFy network is concentrating on developing more space opera venues and to bring back the heydays of the “high-profile, big-budget miniseries.” The first in that effort is the return of Battlestar’s Ronald D. Moore with his current Helix series now showing on the network every Friday night. While not revealing the same promise of Battlestar Galactica, the Helix series is holding its own against such traditional network blockbuster hit series’ like CBS’s Blue Bloods starring fan favorite Tom Selleck in the same time-slot.

The best news for science fiction fans is the network’s determination to get back into space, that final frontier. “That’s the way to send a message in a big way that we’re back and we care about sci-fi,” stated SyFy executive vice president Bill McGoldrick. “There is enormous pressure to get that back, because we use to own it. And we’re going to own it again.”