Here is a first look image of The CW Network’s the Flash. Actor Grant Gustin (Glee) will star as the superhero for the network that also has “Arrow,” “The Tomorrow People,” “The Vampire Diaries” and “The Originals,” all highly successful sci-fi, horror and fantasy shows. The pilot episode is in production now. Also in the cast are Tom Cavanaugh (Ed), Jesse Martin (Law & Order), Rick Cosnett (The Vampire Diaries), Michelle Harrison (Continuum), Danielle Panabaker (Shark) and the original TV Flash – John Wesley Shipp.

The Flash (Grant Gustin) made his debut on The CW’s Arrow on its December 3, 2013 episode, but without that super speed he is noted for in the DC-verse. However, the event that gave his alter-ego Barry Allen the staging for his soon-to-be developed super speed was highlighted on “Arrow.” 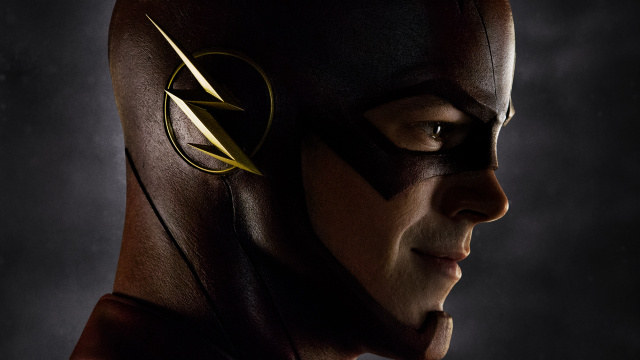