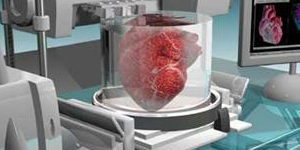 Star Trek has always been on the forefront of human discovery. What was science fiction on this groundbreaking Gene Roddenberry creation has in many areas of real life become science fact.

We already know that the current cell phone technology was given birth on the original Star Trek series through its communicator. Theoretical physics has toyed with quantum packets since Einstein first envisioned it in his mind and Star Trek surmised it as a working reality under the penmanship of Roddenberry for the Enterprise-D era. Also moving from the pages of Trek to the physical world of today is the ion engine for space travel, asteroid mining, the birth pangs of transporter technology, cloning and a functioning cloaking device and stealth technology. All of these ideas that today are commonplace, or becoming so, found their beginnings on the set of one of the several Star Trek series’, novels or movies.

The latest technology to move from the realm of sci-fi Star Trek to the real world is the new 3D Printing techniques called Replication in the Trek-verse. What started out to be a playing around with an idea to be able to replicate simple objects by moving a concept from the virtual world of computers to the real world of practical physicality has become so sophisticated that, as Slice of SciFi reported in one article, today can be used to create edible foodstuffs and intricate replacement parts for spacecraft.

Now scientists at the Harvard University Wyss Institute have taken the 3D Printing Replication process to new heights by using this technology to 3D print live viable tissue with active blood vessels for medical use in human bodies. These tissues will not only be applicable for human replacement organs and repair of damaged or diseased body parts and systems but can also be used for lab drug testing and other means of testing that will no longer require the use of human or animal species.

As this technology is further developed how long could it be before we see the introduction of the first ever artificially produced replicated human?

For a more indepth look into exactly what 3D Printing is GO HERE.