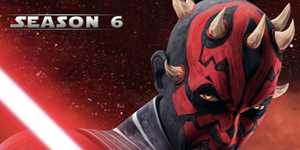 Star Wars fans will be thrilled with delight, that is, if they are Netflix members. Why? The DVD and streaming video service will be providing the first ever streaming of the unaired sixth season of Star Wars: The Clone Wars beginning on March 7, 2014.

The sixth season was the final for the animated series that gained a lot of respect from fans of the Star Wars universe and just as many naysayers.

Netflix subscribers will also be treated to the first five seasons originally seen on the Cartoon Network thanks to a deal the video company was able to negotiate with Lucasfilm and Disney along with certain episodes labeled “Director’s Cut.”

While Star Trek has been a staple of Netflix for a couple of years this is the first time any kind of Star Wars product has been offered by the service and in 2016 Netflix will be offering exclusive live action, animated films and first look properties from Disney, Pixar, Lucasfilm and from the Marvel Studios.