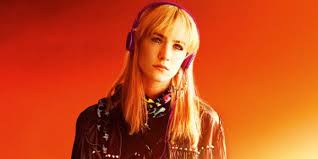 In 2013 director Kevin Macdonald (The Last King of Scotland) took on Meg Rosoff’s How I Live Now, a YA novel about a teen’s struggled forage through the aftermath of a nuclear apocalypse.

The film adaptation was panned by some and called downright dull by others when it debuted in theaters and it quickly faded from the minds of viewers. It’s greatest flaw is its inability to cover any kind of new ground moviegoers haven’t already gleaned from such depressing films like The Road or the more promising but short-lived TV series Jericho.

The film starred Saoirse Ronan (The Host) as Daisy and although she does an admirable enough job she has to do the best with the material provided and making something out of a dull nothing would be task enough for a Meryl Streep type so Ronan can’t be faulted too much for the slowness and lack of any kind of enthusiasm in her performance. That falls squarely in the lap of Macdonald, who certainly has the talent to deliver better material, and main screenwriters Jeremy Brock and Tony Grisoni. To get my meaning here is just one example of the kind of lines Ronan was forced to say: “No one calls me Elizabeth. Except my dad, and he’s an asshole. So if you don’t mind, my name is Daisy.” Okay, now imagine about 101 minutes of that kind of gripping dialogue. Yeah, real dynamic stuff there on the page.

The film has its setting in the English countryside where a visiting teenage Daisy finds herself and a young cousin in tow left to fend for themselves as the calamities of a nuclear war go on all around them. Of course she finds the requisite love interest in the midst of the chaos but again the poor writing and direction have it come off as something akin to puppy love while her world comes crashing in around them all.

Why am I talking about a film that made its theatrical debut back in October 2013? Because it will become available on Blu-ray on February 11, 2014 and I simply wanted to save our readers a few bucks. Wait for it to come to television. At least you can be entertained during the commercial breaks. Or, better yet, read the Rosoff book. It is far more interesting.