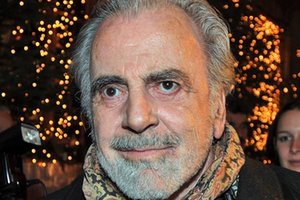 Austrian born actor Maximilian Schell has died at an Innsbruck hospital after a sudden illness. He was 83.

Schell, a very popular lead and character actor throughout the 1960’s and 1970’s was born for acting. His father was the famous Swiss playwright Hermann Ferdinand Schell and his mother was a well known stage actress named Noe Von Norberg. Maximilian and his parents fled Austria when Hitler annexed the country and they made their home in neutral Switzerland.

It became apparent early on in his career that Schell had that special kind of rare chemistry between the camera and the audience. He portrayed a variety of characters over the course of his long and illustrious career but the one role he will always be identified with was his dynamic Oscar winning performance as the defense attorney Hans Rolfe in the award winning film Judgment at Nuremberg which co-starred the great Spencer Tracy, Burt Lancaster, Judy Garland, Richard Widmark and a very young William Shatner in a key role.

Some of Schell’s other notable roles included The Young Lions, Topkapi, The Castle, The Odessa File, A Bridge Too Far, The Diary of Anne Frank, The Freshman, Stalin, Little Odessa and Les brigands which just went into post production and is to debut in Europe later this year.

Some of his sci-fi/horror genre films were Darkness, The Vampyre Wars, The Black Hole, Vampires, and his most remembered, Deep Impact.