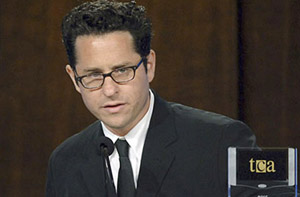 Filming for the new Star Wars film will begin May 2014 according to the movie’s director J.J. Abrams. He was making the rounds at the Television Critics Association press junket for his upcoming NBC TV drama “Believe,” which he is co-producing with director Alfonso Cuaron (Gravity).

Abrams told the gathered press that the script is ready for Star Wars VII, shooting will begin in May of this year on location in England. “We have our script and we’re full steam ahead,” Abrams commented. “Have script, will travel.”

Asked if those shoot plans were firm Abrams would only say, “That’s the current plan….We can’t talk about story yet.”

He wouldn’t discuss storyline, cast lineup or exact film locations at the TCA and only added that his mood was “Thrilling…but it’s a lot.”

The “current plan” according to Lucasfilm is to release Star Wars VII in a worldwide theatrical debut on December 18, 2015.