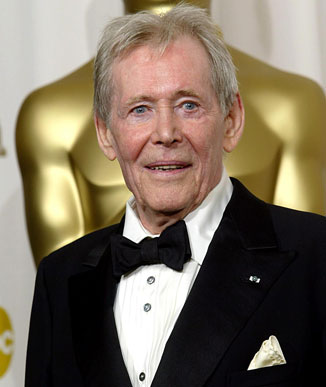 One of the greatest actors of two centuries has passed away. Peter O’Toole, part genius and part eccentric thespian did what only a handful of people have been able to do, create for himself a life full of joy, madness, controversy, confusion while always bringing nothing but great pleasure to all those who watched him on the big and small screen throughout the world. If you look up charisma in the dictionary Peter O’Toole’s picture should be what you find.

Peter came to the attention to the world in David Lean’s 1962 big screen blockbuster production of “Lawrence of Arabia,” playing the real life character of T.E. Lawrence. This unforgettable role brought O’Toole his first of several Academy Award nods. However, he never received the coveted Oscar until the Academy elected to give him an honorary gold statue in 2003 which in typical O’Toole fashion was rejected but afterward accepted by him. During his vast career on film he was to be honored with seven more Oscar nominations for films including “Becket” in 1964, “The Lion In Winter” just 4 years later, “Goodbye Mr. Chips,” “The Ruling Class,” The Stunt Man,” “My Favorite Year” and “Venus.” Peter received several Golden Globe, BAFTA and Emmy Awards over the course of his sixty-plus year acting career.

O’Toole spent a good ten years on the stage circuit throughout the United Kingdom before catching the eye of film magnate David Lean who used the relatively unknown stage actor for his lead in “Lawrence of Arabia,” and the rest, as they say, is history. During those early stage years he made his bones on the grand stages of the Bristol Old Vic working with the English Stage Company and various other venues throughout London and his home-born country of Ireland.

Peter O’Toole has died after a long bout with illness. He was 81 years old.