Of the 253 episodes of Doctor Who produced by the BBC between 1963 and 1969, 97 are missing. This number had stood at 106, until the news broke early last month (October 2013) that nine lost episodes had been returned to the BBC after being located in Nigeria. The find represents the largest discovery of missing episodes ever and made front-page news; ‘THE LOST DOCTOR’ screamed the front page of the Daily Mirror on 11 October 2013. Dr Richard Wallace explains how the episodes came to be lost in space and time. — KnowledgeCenter/Culture & Society 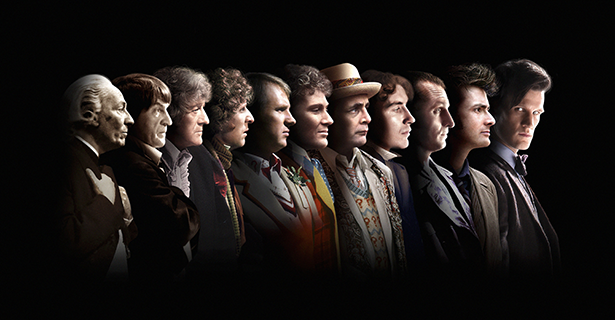 Between 1963 and 1989, each series of Doctor Who was produced as a sequence of serials numbering anywhere between one and 14 parts. All nine of the recently recovered episodes come from two consecutive serials from the Patrick Troughton era (1966-1969), The Enemy of the World and The Web of Fear, first broadcast between December 1967 and March 1968. Bar episode three of The Web of Fear, which remains missing, the find sees the completion of two six-part stories from Doctor Who’s fifth season.

The episodes were located in Nigeria at some point in the last two years (the exact time remains undisclosed by the BBC) by Phillip Morris, the executive director of Television International Enterprises Archives Ltd, a company specializing in archival management and the recovery of missing material. As well as the Mirror’s front page, the story was also widely covered on that day’s news, and a section of that evening’s The One Show was dedicated to the recovery and Doctor Who’s missing episodes in general.

Such media attention is not really surprising. The approaching fiftieth anniversary means that Doctor Who is high on the news agenda. However, the degree of public attention given to nine half-hours of 45-year-old children’s television seems to have far outstripped the attention previously directed towards these episodes by anybody other than Doctor Who fans. What the Mirror’s front page seems to highlight is that the cultural status of these nine episodes (and we might extend this to the remaining 97 missing Doctor Who episodes as well) has changed significantly in the time between their first broadcast and the announcement of their recovery. This could tell us a great deal about wider changes in the value of television as a medium in the time between the re-emergence of the BBC Television Service after the Second World War in 1946 and the present day.

It is first worth exploring some of the reasons why such a large amount of British television from the period before 1970 no longer exists. In terms of the BBC, this is the result of a combination of logistical, technological and bureaucratic factors as well as those relating to value (both cultural and commercial). Between 1946 and 1960, a good deal of the BBC’s output was broadcast live, the studio output sent directly to the control room (and then the transmitters) by electronic camera. At this point in time, for any television programme to be preserved it had to have been made on film, an uncommon practice in television at that time. Produced in this manner, a programme might then find its way into the BBC’s Film Library or the National Film Archive. The only alternative was to create a film recording of the live broadcast (a process known as tele-recording), which required a direct decision to keep the programme for posterity. It is because of this process that classic BBC dramas such as Quatermass and the Pit (1958-1959) and Rudolph Cartier’s adaptation of 1984 (1954), starring Peter Cushing, still survive.

The development of videotape technology during the 1950s meant that by the mid-1960s a significant amount of television produced by the BBC was being pre-recorded. As such, physical copies of all episodes of programs such as Doctor Who have existed as some point; the programs were made on videotape and then broadcast from those same tapes. However, this does not necessarily mean that television from this era has a greater chance of surviving. Videotape was expensive (the BBC’s own website suggests that each tape cost about the same price as a Mini), and its primary virtue as a recording format was that it could be re-used. Unlike film, which can only be developed once, electronic videotape could be wiped and re-used repeatedly. The tapes were also the property of the engineering department at the BBC, with production offices effectively hiring the tapes for the period of production (the cost coming out of the program’s budget), before returning them to the engineering department for re-use. So the engineering department owned the tapes, but had no interest in the programs recorded on them. As a result it was common practice for programs to be wiped shortly after broadcast. It is important, in this regard, to note that no episodes of Doctor Who made between 1963 and 1969 exist on their original broadcast videotapes; all have come from other sources.

Clearly, the BBC felt that the programs that it was making were worth far less than the videotape that they were made on. There were no domestic video players at this time so programs could not be sold to the general public. In addition, Equity, the actors’ union, was concerned that videotape might increase the number of repeats on television, and thus reduce the amount of work for its members. As a result, a deal was struck limiting both the number of times any one programme could be repeated (and including a time limit on when that repeat could be), as well as imposing an overall limit on how many repeats each BBC channel (then only BBC One and BBC Two) could show over the course of a year. The programs were seen to be virtually useless in terms of both domestic re-use and financial value. Whereas in the pre-videotape era for programs to survive they had to be actively recorded, in the videotape era programs had to be actively saved from wiping. That this was rarely done allows us to think about the perceived value of television without technological aspects being a central consideration. We can, for example, ask the question as to whether the cultural value of television was seen to be greater than the financial value of the tapes, the answer to which is a resounding ‘no’.

Read the FULL CONTENT of this fantastic article at KnowledgeCenter