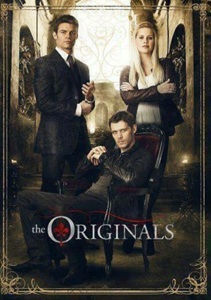 I wasn’t real sure if having a spin-off of a successful show like The Vampire Diaries was a bad idea or one just ill-timed, but I had concerns that this new show called The Originals might not be the best idea.

I love a good vampire story, always have. From the days of my youth back in the early 1950’s for some reason I was drawn to Bela Lugosi’s portrayal of that dark creature of the night and was hooked from then on about any story dealing with vampires and their seemingly unending desire and thirst for blood.

Since those Lugosi days the way vampires have been portrayed has evolved into more sinister and bloody caricatures of their original debuted selves and by the 1970’s and 1980’s looked and acted nothing like the one’s I remembered from my youth, well, except perhaps with one or two exceptions – those being Barnabas from the soap Dark Shadows and Frank Langella’s near flawless performance in the hit 1979 film Dracula.

There have been many films and TV shows about vampires but in the 21st Century none have been as popular as the CW Network version called The Vampire Diaries. This show introduced my kind of vampire to a whole new generation of viewers, and aside from the sidereal teenage angst the show wallows in week after week, its vision of the vampire was akin to what I loved about those mythological creatures. The show dealt with just about every aspect of the species and now into its fifth season the writers are having to come to grips with the old problem of – where do we go from here?

Where? That is where The Originals come to play such an important part for this franchise. For those unschooled in the premise, the Original vampires are an ancient family made up of the first ever bloodsuckers to have walked the Earth. They are nearly 2000 years old, can walk in daylight without assist from a special witch-enchanted device, cannot be killed except by very specific means and can live for a long, unspecified time without feeding on humans for sustenance. However, they seldom go too long without ripping into the neck of an unsuspecting victim, can be quite nasty, ruthless, diabolical, cunning, compelling and irresistible. They are by all definitions the model idea of what the perfect vampire should be.

They came into existence nearly two millennia ago as a result of a unique witch’s spell cast on them by their mother to spare them death at the hands of another older supernatural predator known as werewolves. Since those first days a few members of the family — the mother, father and two brothers — have been done away with leaving the eldest brother Elijah, his half brother Klaus and youngest sister Rebecca all that remain and the final three Originals left on the planet.

First introduced in the series The Vampire Diaries, they soon became a mainstay of that show and favorites of older viewers because they were a nice transition from the weekly teen drama to more adult fare. However, by the end of season four of The Vampire Diaries it became apparent that these more adult story-lines needed room to breathe on their own, which if allowed to continue would alter the intent of the Diaries at the cost of losing their target audience, the 14 to 25 age group. Solution? One of two ways to go — find a way to kill off those originals on Diaries or, develop a whole new show around them and gear it for the over 25 year old viewer. The CW in its wisdom did the latter and the new show The Originals set in the more hip and adult environment of New Orleans was born.

The show has completed its fifth episode now and all my misgivings aside, I have fallen for it and even pay iTunes to watch because DISH doesn’t carry The CW Network in my area.

New Orleans was literally founded and built up by the Original vampires and became their foothold in the new world after leaving Europe several hundreds of years ago. They turned a swampy backwater nothing into one of the most powerful shipping ports in the new world and eventually one of America’s best night spot playgrounds. In the first five episodes of the show of its debut season a lot of the family’s back story is meted-out in small segments well spliced into the real-time story taking place in the 21st Century.

Klaus, the strongest vampire in the family due to his lineage of being a vampire/werewolf hybrid is lured back to the town he built when he learns that one of his most beloved and trusted sires has acquired so much power and influence over the city that among those supernatural beings living there he is now considered king. His sire, Marcel (Charles Michael Davis), whom he turned in the late 1700, early 1800’s has control over the entire vampire population, has destroyed nearly every werewolf pack in the region and has the powerful witch covens cowering under his thumb. His ties with the human political elite of the city are unyielding leaving him the most powerful and feared being in New Orleans. This is something Klaus’ pride cannot and will not allow to endure. So, with the aid of his elder brother Elijah, his unwilling sister Rebecca they all head down to New Orleans from their homestead in Mystic Falls, Virginia where The Vampire Diaries takes place and begin the slow but steady progression of relieving Marcel of his foundation of power.

However, what Klaus thought would be an easy task soon begins to take a tremendous toll on the Original family as new unexpected elements dealing with the witches involved led by the powerful Sophie Devereaux (Daniella Pineda), a Catholic priest named Father Kieran (Todd Stashwick) — the human element in the middle of the mess, Hayley (Phoebe Tonkin), a werewolf woman impregnated by Klaus and now carrying a completely new species of supernatural hybrid in her womb and under the protection of the Original family cause all kinds of new and interesting adult oriented vampire stories.

What I feared might happen with this spin-off now after five episodes in has not transpired, and I am happy to report that if you are a fan of grown up vampire tales then The Originals will not disappoint. Joseph Morgan continues to be deliciously wicked and unrelenting as Klaus, Elijah (Daniel Gillies) remains the gentleman vampire with a dark side that would even give Bela Lugosi pause while Rebecca (Claire Holt) somehow still invites you in with her evil naivety when it comes to always falling for the wrong man. She is forever cursed with being in love with being in love.

The Originals airs on The CW Network on Tuesday nights. If, like me, you are unable to get The CW Network then the episodes are also available on iTunes or HuluPlus.